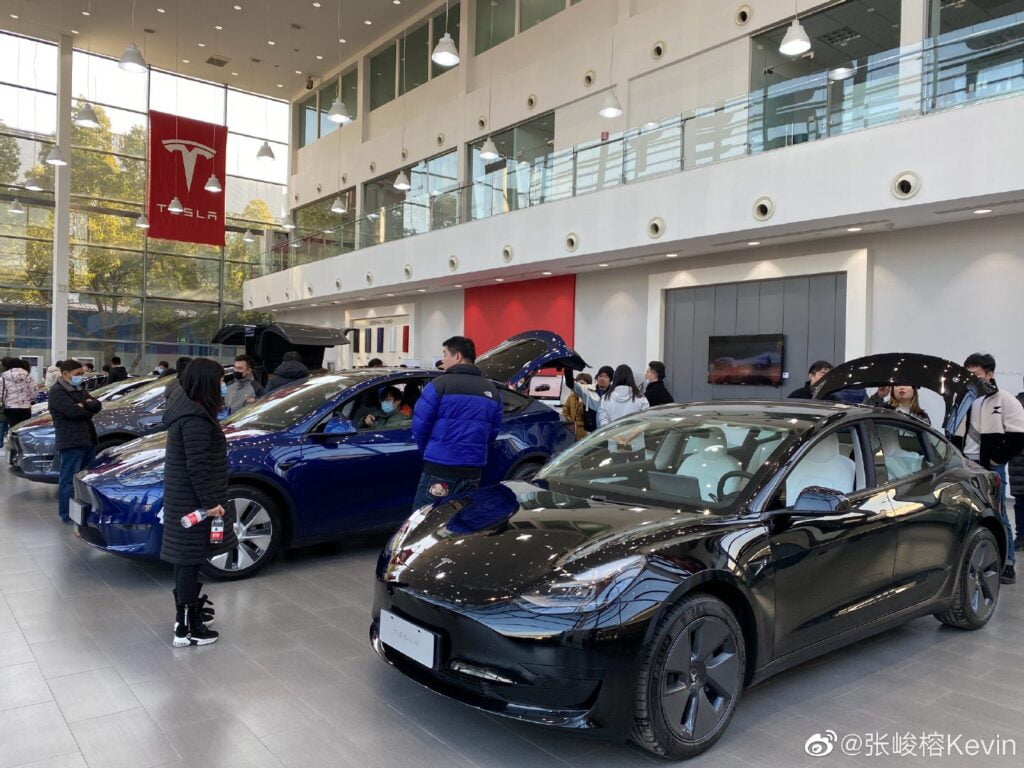 Sharing a picture of a packed Tesla sales center in Shanghai on social media, a local Tesla sales representative revealed that a Model Y ordered today in Greater China will be delivered sometime in May, adding up to a 4-month long waitlist for the electric vehicle (via @ray4tesla).

“Model Y ordered now gets delivered in May”, said a Tesla sales rep according to a 🇨🇳 social media post. The photo shows a local store in Shanghai still busy 9 days after MIC Model Y pricing update. The backlog for Y is looooooooooong. pic.twitter.com/KHhe8PehdL

With the Model Y being mass-produced in Tesla’s Shanghai Gigafactory, the EV maker was able to get approval from the Chinese government to sell its compact electric SUV in the region back in November.

The Giga Shanghai-produced Model Y became available to order on January 1. Over 100,000 orders were placed on the first day of availability alone, straining Tesla’s order placement infrastructure and creating a backlog that showed expected delivery dates well into Q2.

The shared image showcases just how busy Tesla sales centers in China are right now, even though 9 days have passed since the debut of the Model Y’s aggressive price that caused this massive uptick of interest in the first place.

With Model Y deliveries until May all booked up, Tesla has no reason to worry about Chinese competitors like NIO launching new EVs in the region. Demand for Tesla right now is surging in China, and should allow the automaker to exceed its 2020 production and delivery records easily.