Polestar has announced an updated design for the 2024 Polestar 2, including an updated range, a high-tech front end, new motors and the addition of rear-wheel-drive on base models, according to a press release shared on Tuesday. The company says the 2024 Polestar 2 has new motors and batteries, even including a switch to rear-wheel-drive […]
Peter McGuthrie
6 days ago

NVIDIA announced at the Consumer Electronics Show (CES) today its GeForce NOW cloud gaming service will be coming to cars from existing partners Hyundai Motor Group, BYD and Polestar, which are already using the company’s NVIDIA DRIVE ecosystem. “We are excited to offer our customers the best in technology, comfort, design from BYD and now the […]
Sarah Lee-Jones
4 weeks ago 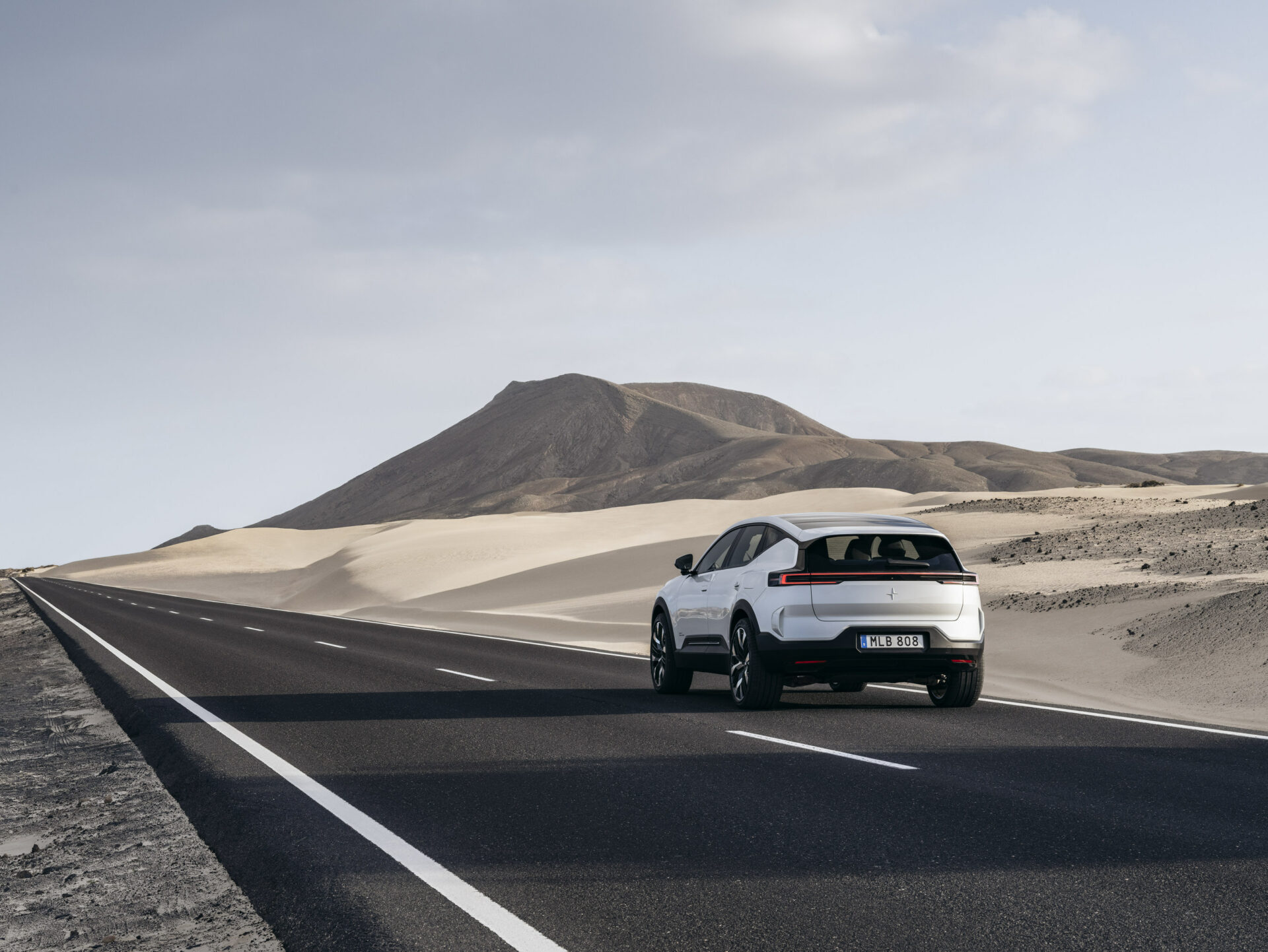 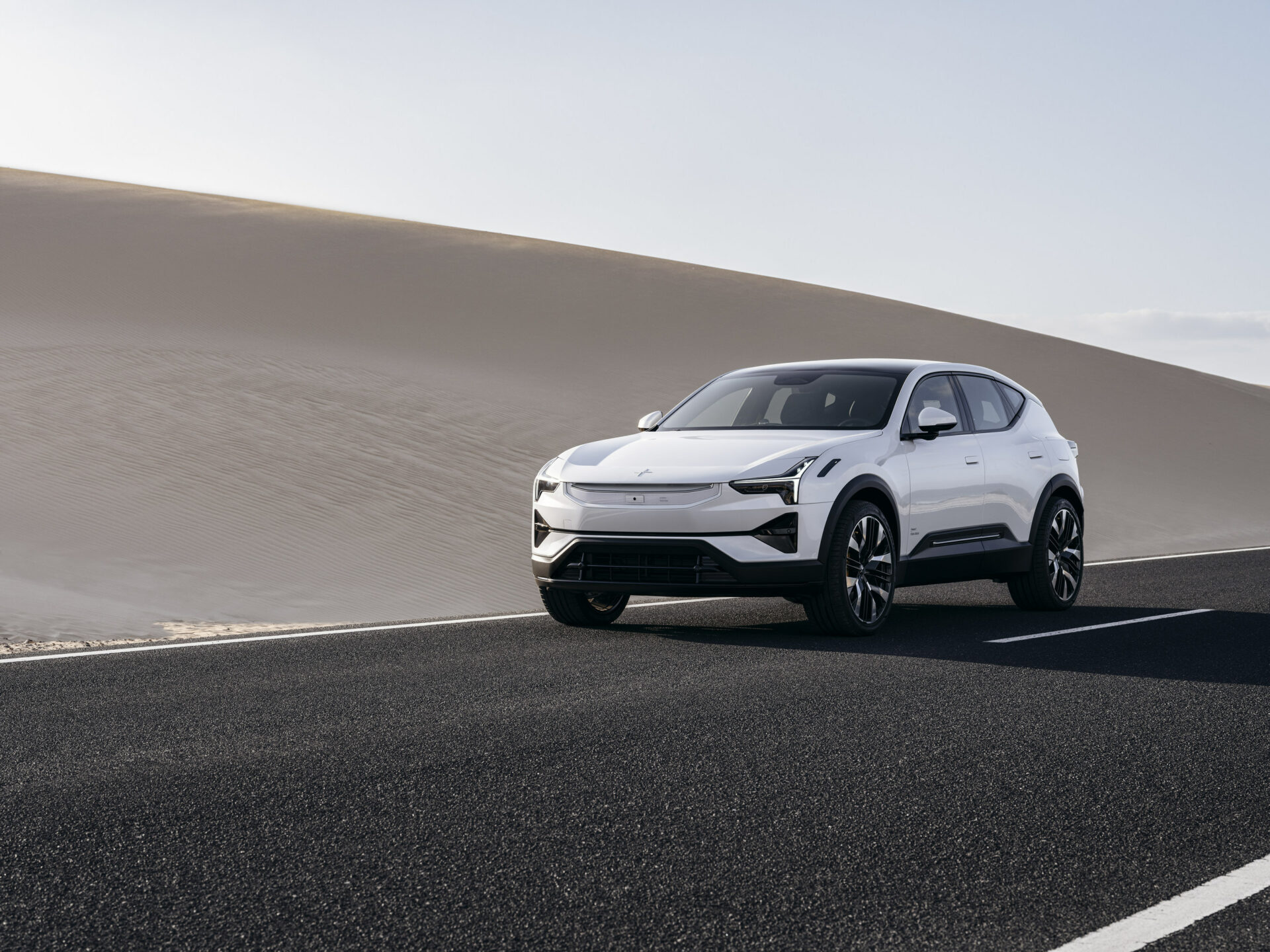 Swedish electric vehicle (EV) maker Polestar on Wednesday unveiled its first all-electric SUV, the Polestar 3. The Polestar 3 is a fully electric, five-seat “performance SUV” that melds signature Scandinavian minimalism into an aerodynamic profile and a sustainable interior. Polestar said the e-SUV’s design language was inspired by the Polestar Precept, and the rear looks […]
Nehal Malik
4 months ago

After Polestar unveiled a convertible electric roadster concept earlier this year, the automaker has revealed plans a name and plans for production. In a press release, Polestar said it plans to have the roadster concept enter production in 2026 as the Polestar 6. The vehicle is now available for reservations online, and the company plans […]
Peter McGuthrie
6 months ago

Polestar has revealed pricing for its upcoming electric vehicle (EV), ahead of plans for a market launch in the fall. The Polestar 3 is priced starting at 75,000 euros ($75,698 USD), ranging upward to as much as 110,000 euros ($111,024 USD) for premium trim options, according to a statement from CEO Thomas Ingenlath to Automotive […]
Peter McGuthrie
7 months ago

As Polestar’s deliveries outpace its own estimates, the automaker is considering a range of finance options to help fund expansion after more than doubling sales so far this year, according to Bloomberg. Polestar delivered 21,200 vehicles in the first half of the year, marking a 125 percent increase year over year. Polestar went public through […]
Peter McGuthrie
7 months ago 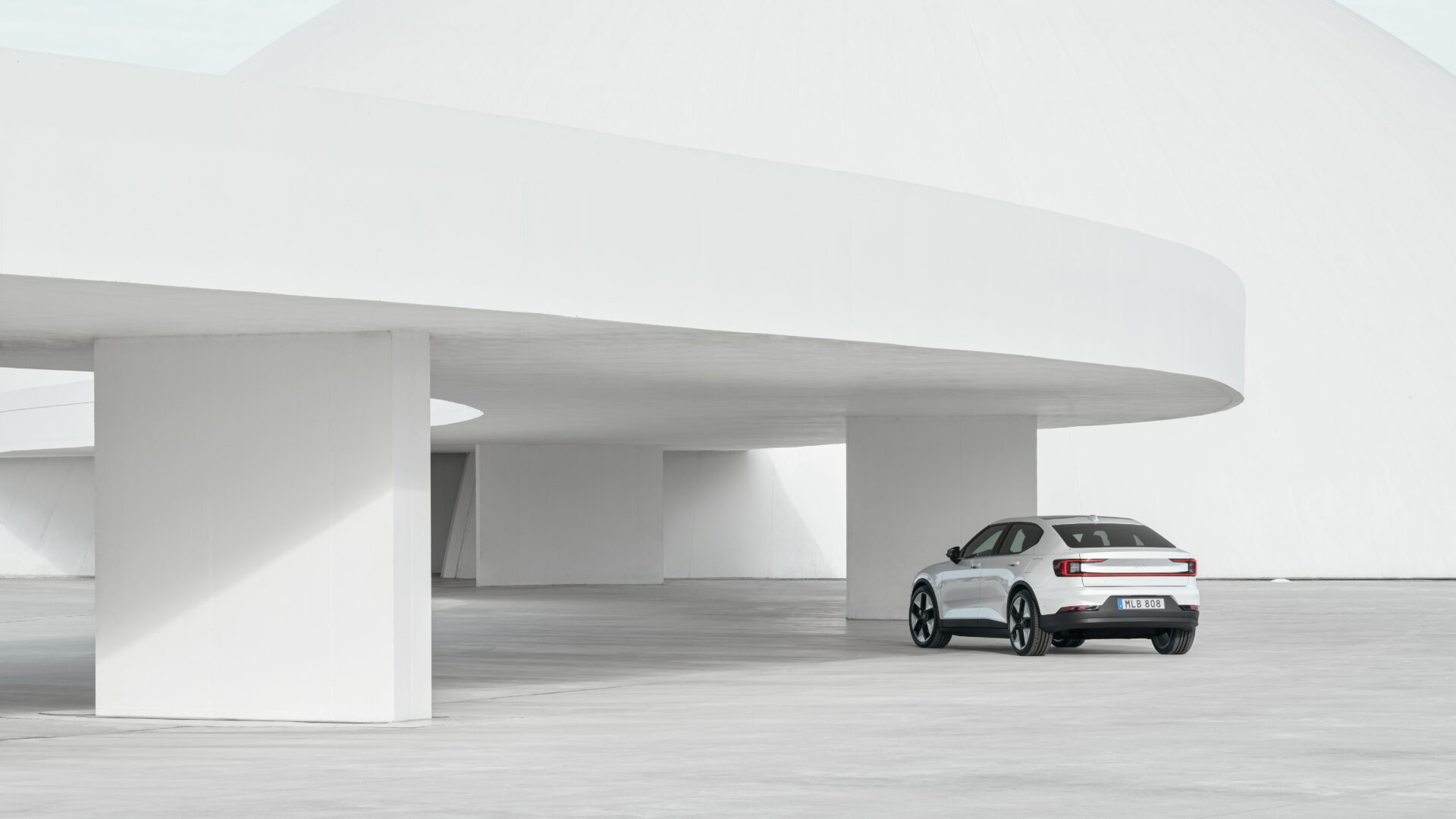 It’s been a big week for Polestar, as it has now finalized its Special Purpose Acquisition Company (SPAC) merger and has officially gone public. Polestar began trading on Nasdaq under the ticker “PSNY” on Friday, after the company finalized a SPAC deal with Gores Guggenheim, according to CNBC. Gores Guggenheim is an affiliate of The […]
Peter McGuthrie
7 months ago 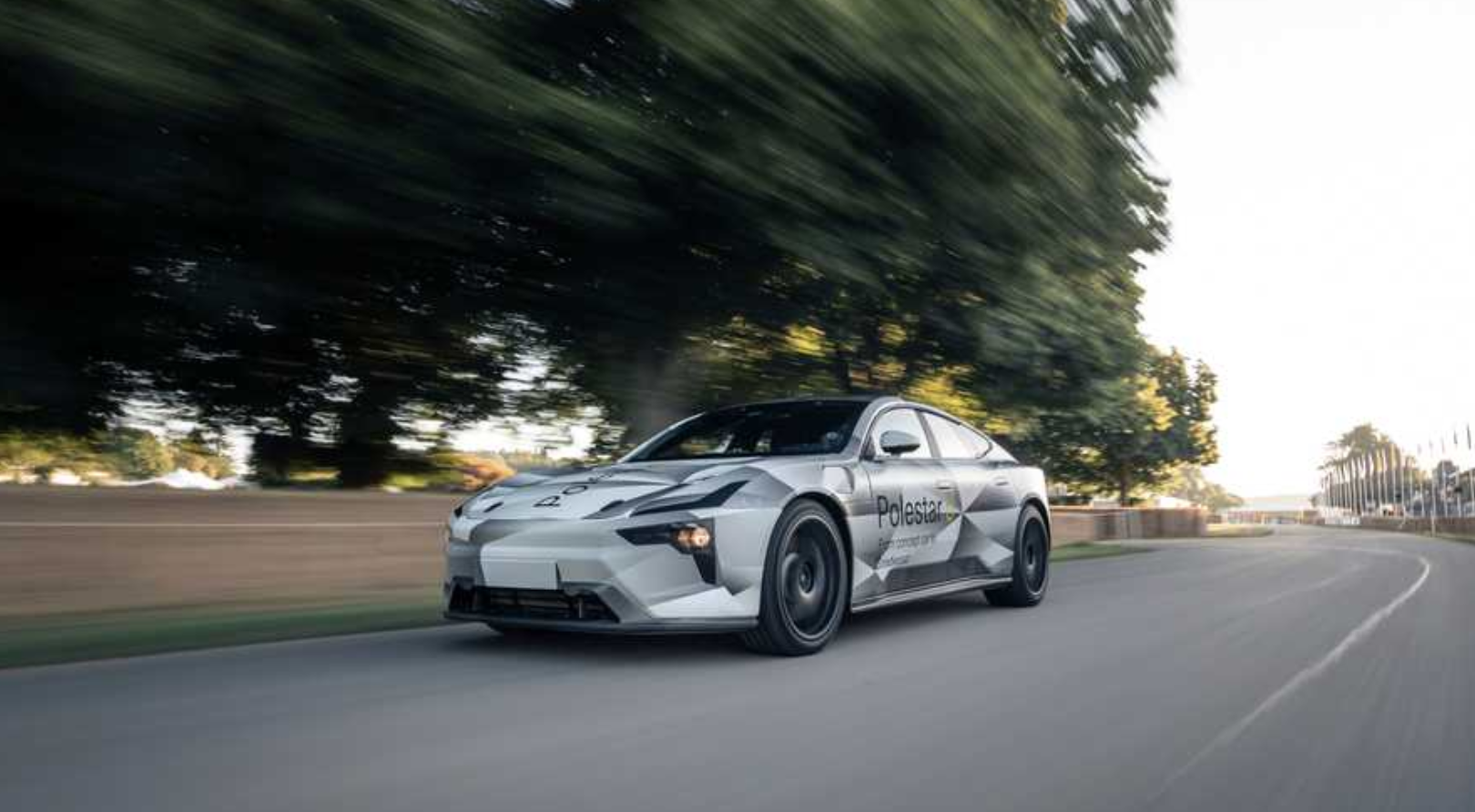 Polestar unveiled a pre-production version of the Polestar 5 on Thursday at the Goodwood Festival of Speed in West Sussex, as detailed by InsideEVs. The automaker’s flagship EV has been described as a “high-performance electric 4-foor GT with proper sports car credentials,” and it’s expected to include a new high-end powertrain currently being developed in […]
Peter McGuthrie
7 months ago

After Polestar confirmed Apple’s next-generation CarPlay support was coming to its cars, the company is officially rolling out the update including the long-awaited feature. Polestar announced that its recent over-the-air update for the Polestar 2 will include Apple’s newly updated CarPlay feature, as announced on Wednesday morning. The CarPlay update includes Siri and the infotainment […]
Peter McGuthrie
7 months ago

A special purpose acquisition company (SPAC) merger is set to go through with Polestar this week, putting the Swedish automaker (owned by Volvo and Chinese parent Geely) on the Nasdaq as soon as Friday. Polestar and Gores Guggenheim are expecting to raise $850 million through the SPACE merger, according to statements from the companies on […]
Peter McGuthrie
7 months ago 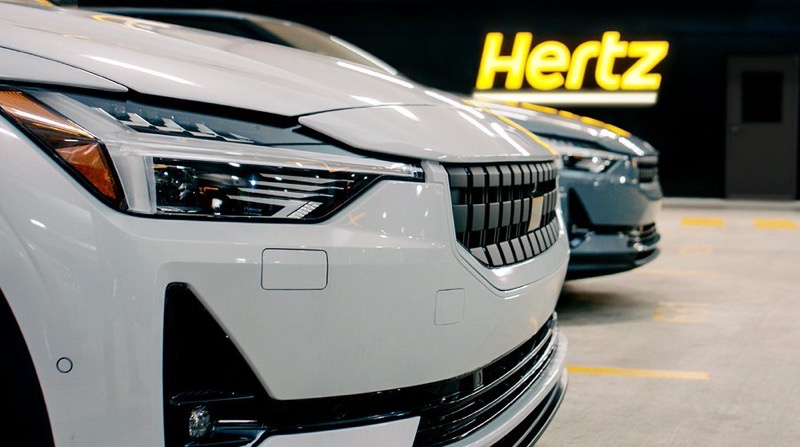 Swedish electric automaker and subsidiary of Volvo, Polestar, announced on Thursday it had started delivering its first electric vehicles to rental car company Hertz. “As part of one of the largest single orders for electric cars ever made, we have begun handing over the first Polestar 2 cars to Hertz. We’re not in the end […]
Sarah Lee-Jones
8 months ago

Apple previewed its next version of CarPlay yesterday at its annual developers conference known as WWDC, showcasing a new design that supports multiple screens, widgets and more. Many suspected this was a hint at what an operating system for a future Apple vehicle could look like. But for now, CarPlay remains a free software integration […]
Sarah Lee-Jones
8 months ago

Swedish electric vehicle (EV) company Polestar has shared plans to debut its next vehicle, set to hit markets later this year. Polestar will debut its first performance SUV, the Polestar 3, in October of 2022, according to a press release shared on Tuesday, showcasing the vehicle undisguised for the first time. As detailed in the […]
Peter McGuthrie
8 months ago

Swedish premium electric vehicle (EV) manufacturer Polestar earlier this month announced its new referral program. Through the Polestar referral program, drivers can earn rewards for person-to-person referrals. A Polestar owner can generate a personal referral code and share it with someone they know. If the other person joins the Polestar family by ordering a car […]
Nehal Malik
8 months ago