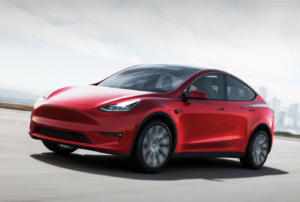 It’s price drop season at Tesla, with the Model S having dropped to $69,420 (USD) in the United States on Wednesday night, and the Model 3 price also having dropped recently to 249,900 yuan in China.

Now, according to reports by Seek Device, Tesla will likely drop its Model Y starting price to 275,000 yuan for Chinese-made models, as expected by Tianfeng Securities based on the electric vehicle (EV) company’s prior price reduction strategies. This change will likely take place after the Model Y is mass-produced in China, according to the security company.

Since the announcement of the Model 3’s starting price in May 2021, the price has dropped a cumulative total of 80,000 yuan. Updated research models from Tianfeng Securities show another drop being likely to come soon.

The Model Y has become the second-most delivered EV by Tesla this year, second to the Model 3. In addition, the delivery volume within the first eight months of the year is higher than the Models S and X by far.

As prices continue to drop for Tesla, the company will likely continue to grow its mass appeal – and with a world on the cusp of climate crisis, the appeal can’t come soon enough.