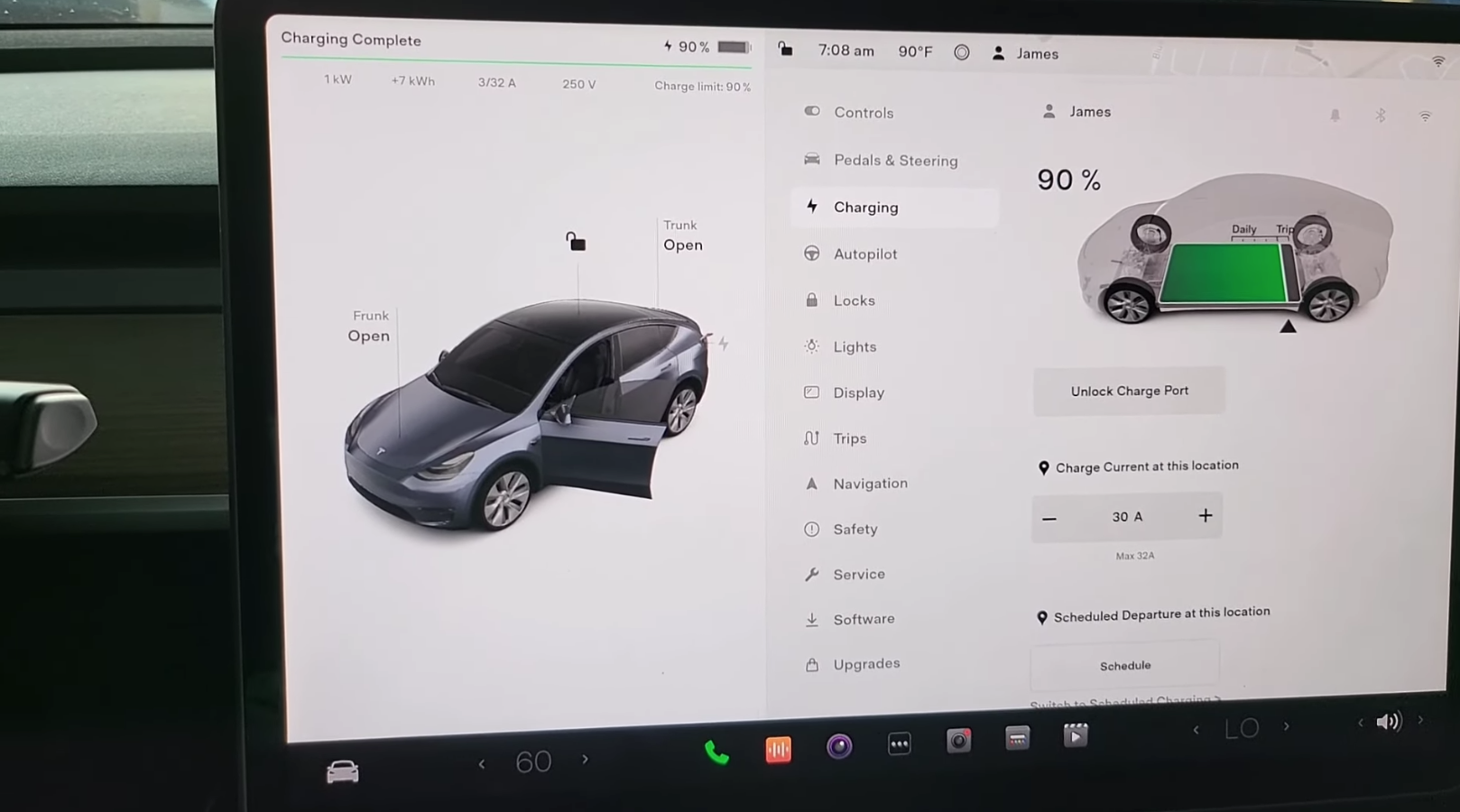 Tesla’s Model Y with 4680 battery cells has been delivered to a few buyers, and one of them has just shared a new test of the vehicle while parked using Sentry Mode. Spoken Reviews shared a battery-drain test with the 2022 Tesla Model Y on Sunday, focusing on how the battery performs while using Sentry […]
Peter McGuthrie
5 months ago 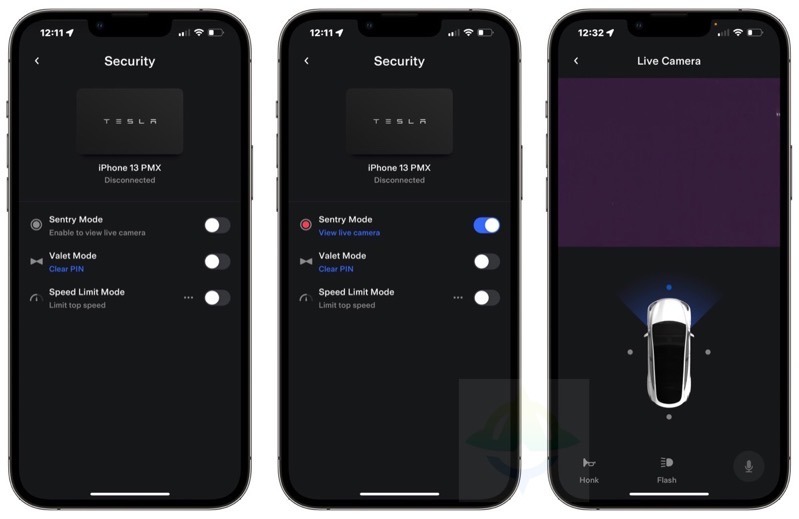 Tesla Launches Sentry Mode Live Camera in Canada and Beyond

Tesla’s Sentry Mode Live Camera feature is now available outside the United States, as the feature has launched in Canada, Europe and beyond, with the company’s 2021 holiday update (2021.44.25.2). Tesla North can confirm Sentry Mode Live Camera view is working in Canada, as seen in screenshots shared by reader Robert in British Columbia, on […]
Sarah Lee-Jones
12 months ago 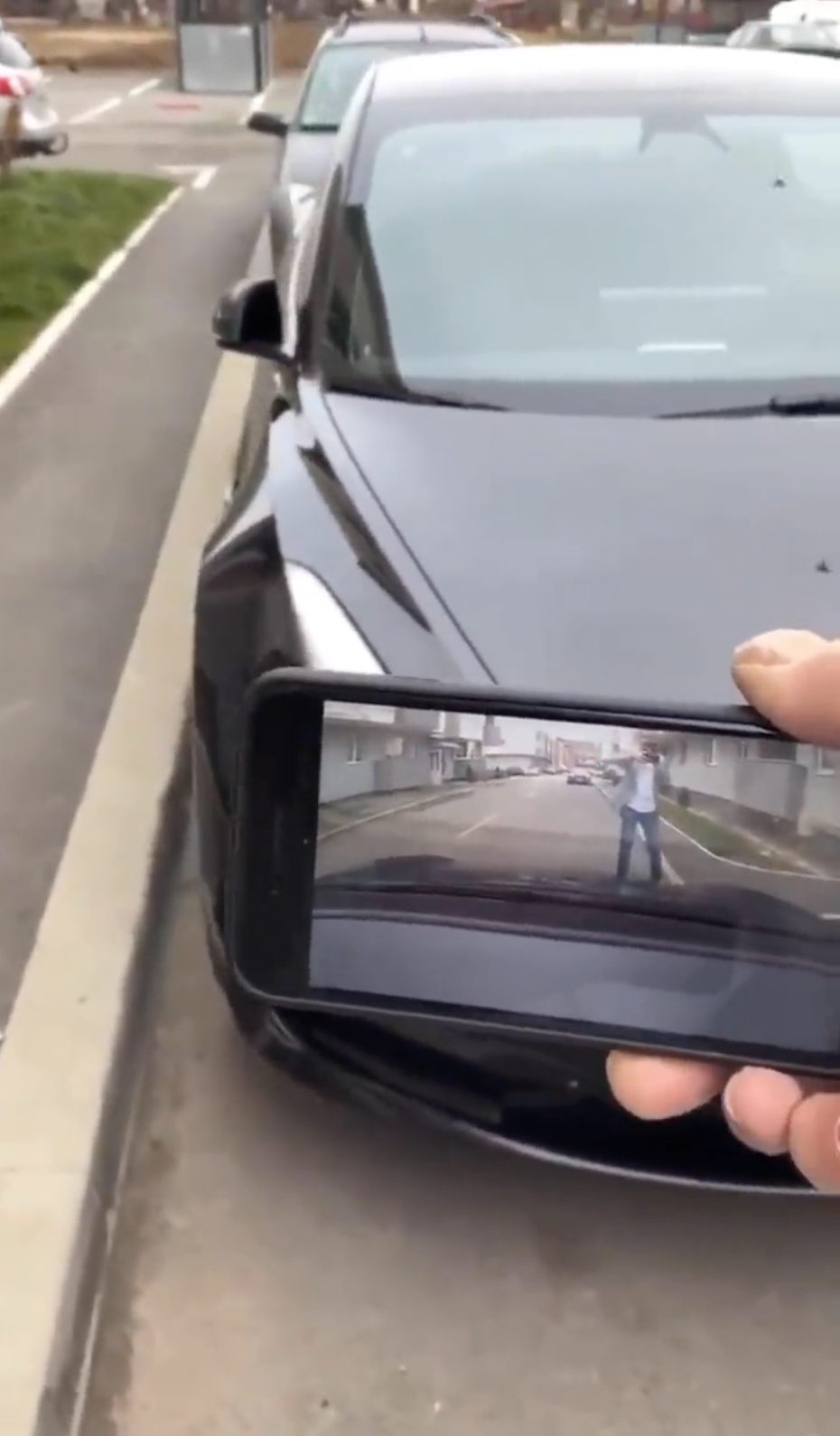 After Tesla’s software update 2021.36.8 brought Live Camera Access Sentry Mode to drivers in the U.S., the feature has yet to expand outside of the automaker’s home country. One user in Europe created their own Tesla’s Sentry Live Camera Access Mode using a third-party dashcam, as depicted in a video shared on Monday by @Sawyer […]
Peter McGuthrie
1 year ago 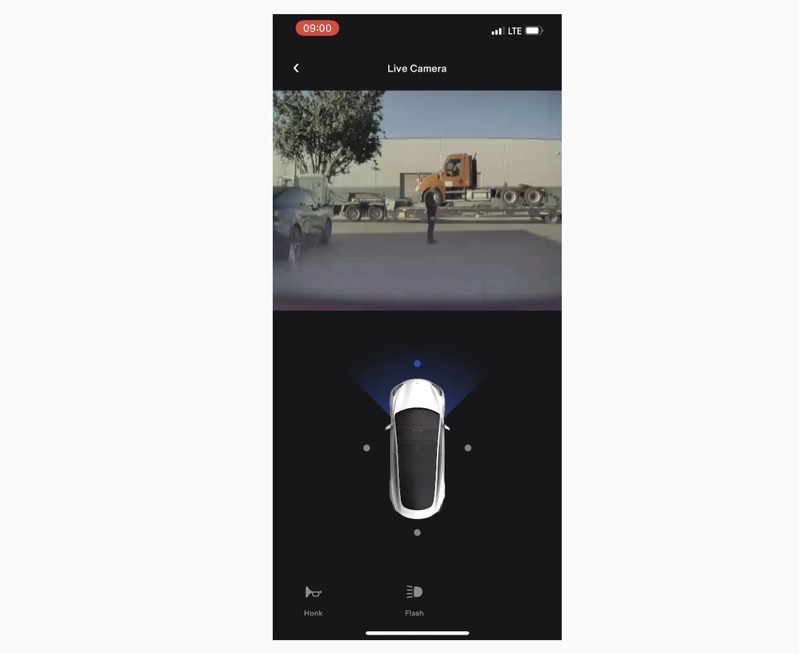 Tesla released its 2021.36.8 software update earlier this week, which brought Live Camera access for Sentry Mode to the dedicated iPhone app. The update also lets you talk through your Pedestrian Warning Speaker (only available on newer models that support Boombox and have an external speaker) using the app to scare would-be thieves or just […]
Nehal Malik
1 year ago 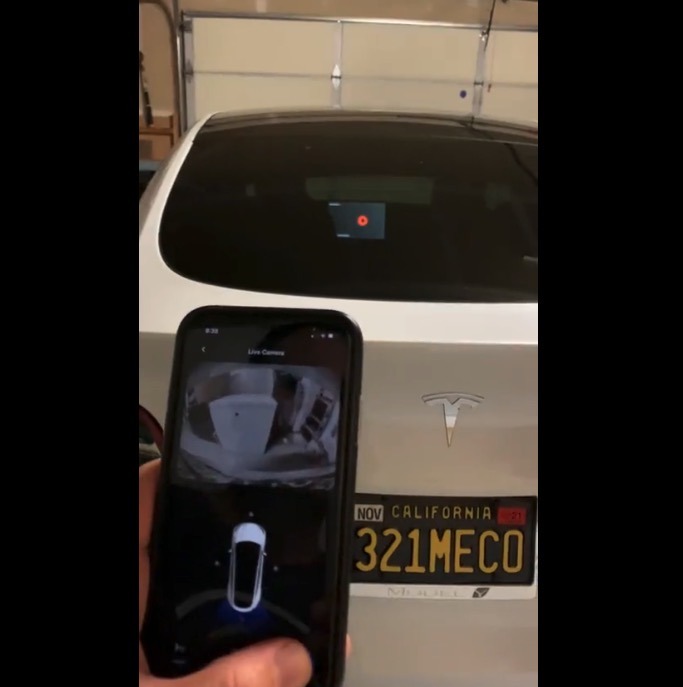 Tesla released its 2021.36.8 software update tonight, which features live camera view for Sentry Mode from the company’s iPhone app. The update also lets you talk through your Pedestrian Warning Speaker, to scare would-be thieves or just for a prank. Check out the first look from @dezmondOliver below. The Tesla app will also change your […]
Sarah Lee-Jones
1 year ago

Police were dispatched to a gas station in Slidell, Louisiana at 4 p.m. on Friday after a man called 911 alleging he had been hit by a nearby Tesla. Upon arriving, the officers found 47-year-old Arthur Bates Jr. who had made the call, alleging that the Tesla had backed into him before the driver fled […]
Peter McGuthrie
1 year ago 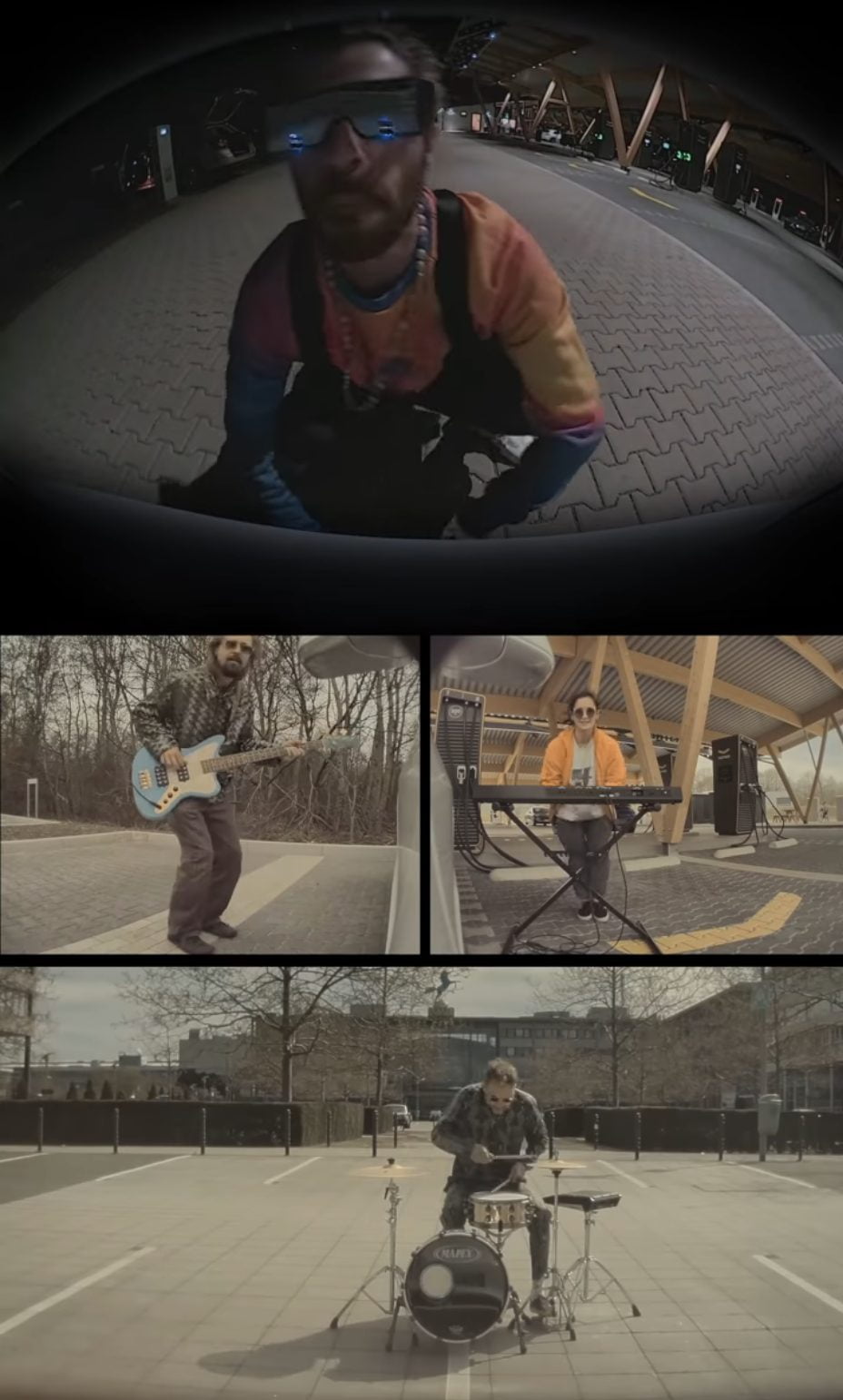 Tesla’s Sentry Mode has helped owners catch criminals, but in a new update from the system, one group of musicians has officially used the technology to film a music video. Earlier this month, Germany-based Autojohn uploaded a music video that was shot on the Sentry Modes of Tesla vehicles owned by random owners. While out […]
Peter McGuthrie
1 year ago 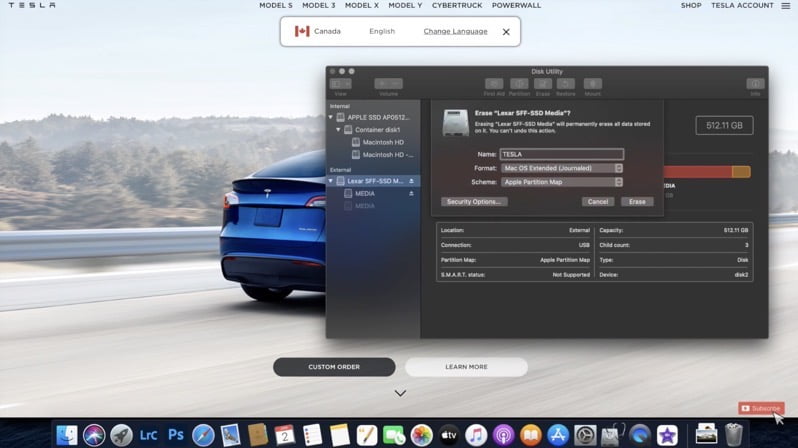 Canadian YouTube channel Northern Tesla has shared some excellent video tutorials detailing how to properly format your USB or SSD to use in your Tesla for Sentry, DashCam, Boombox and Music. If you’re a macOS user, check out the video below: For Windows users, instructions on how to similarly format your USB for TeslaCam, Boombox, […]
Sarah Lee-Jones
2 years ago 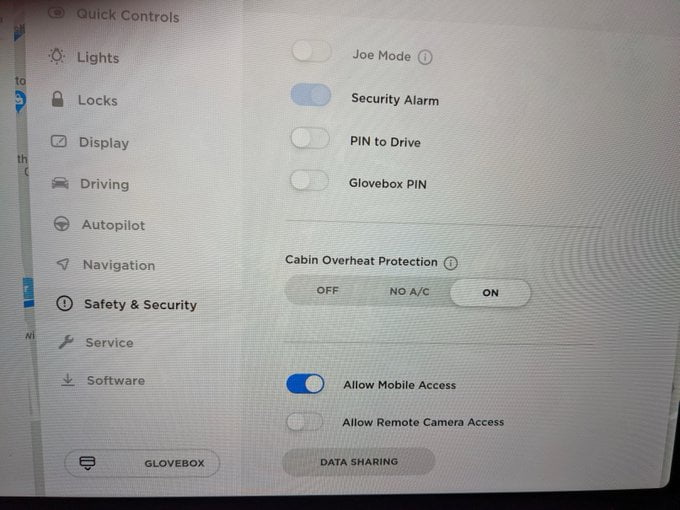 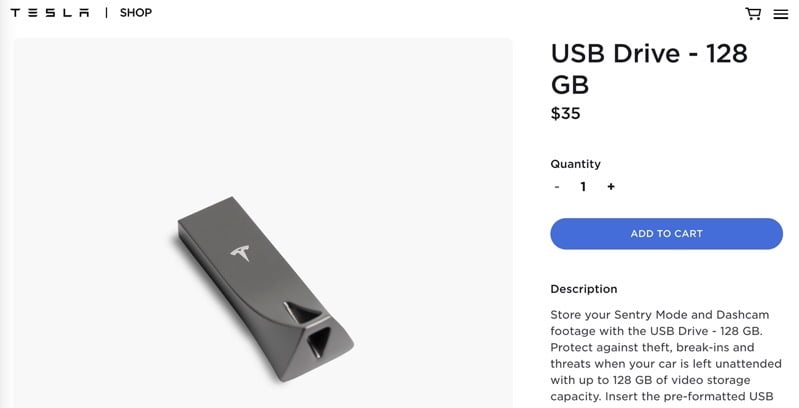 Back in September, Amazon’s Ring launched Car Connect, to allow Tesla owners to watch and record Sentry Mode from their mobile devices. The add-on device is priced at $199 USD and isn’t slated to launch until 2021. But now it appears Tesla may soon allow owners to perform a similar function, natively—and for free. According […]
Sarah Lee-Jones
2 years ago 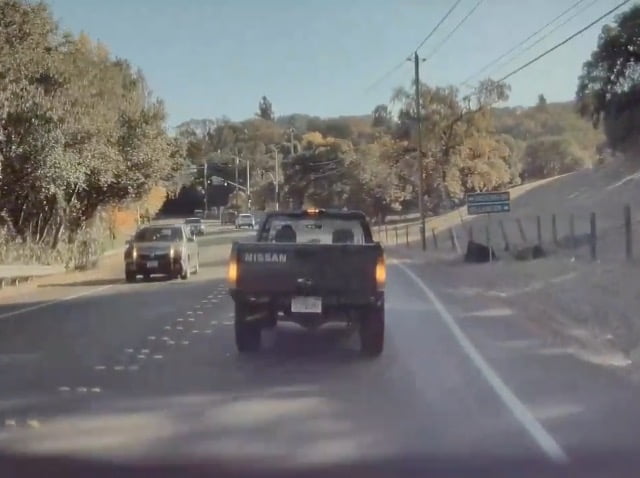 While we don’t like to normally share videos of people getting into accidents or getting hurt, the following is a lesson in karma for one truck driver’s erratic and dangerous behaviour. According to u/dillonfrancissdad, the Tesla Model 3 owner shared Sentry Mode footage of a Nissan truck driver intent on ruining this electric vehicle driver’s […]
Sarah Lee-Jones
2 years ago

You can now buy a USB drive from Tesla’s online shop for Sentry Mode and Dashcam footage. A 128GB USB drive is available for $35 USD, as spotted by @TesLatino. Of course, you can find cheaper USB thumb drives on Amazon that are not Tesla-branded, for about half the price. “Store your Sentry Mode and […]
Sarah Lee-Jones
2 years ago 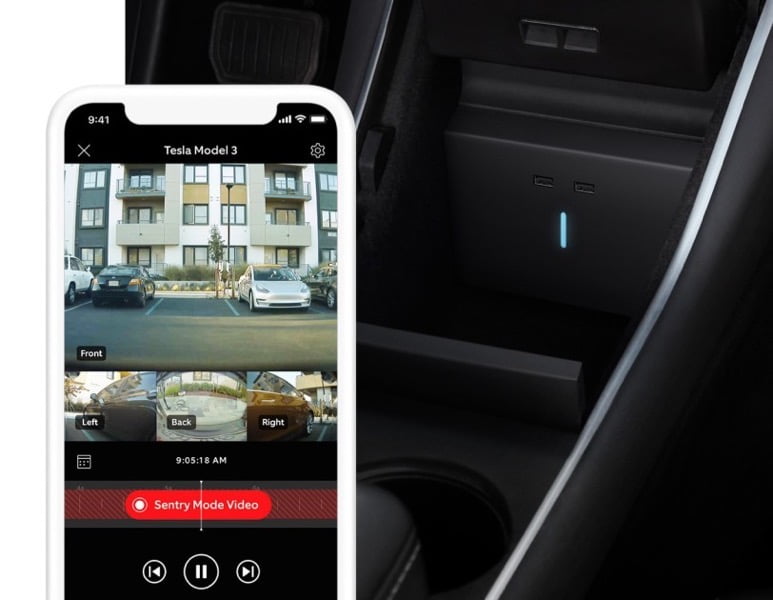 At Amazon’s special event today, the company unveiled new Echo, Fire TV, Eero 6 devices and more. One new announcement was the introduction of Ring Car Connect, a new API for automakers to allow customers to get push notifications on their smartphones from detected events. The new Ring Car Connect API also allows users to […]
Sarah Lee-Jones
2 years ago 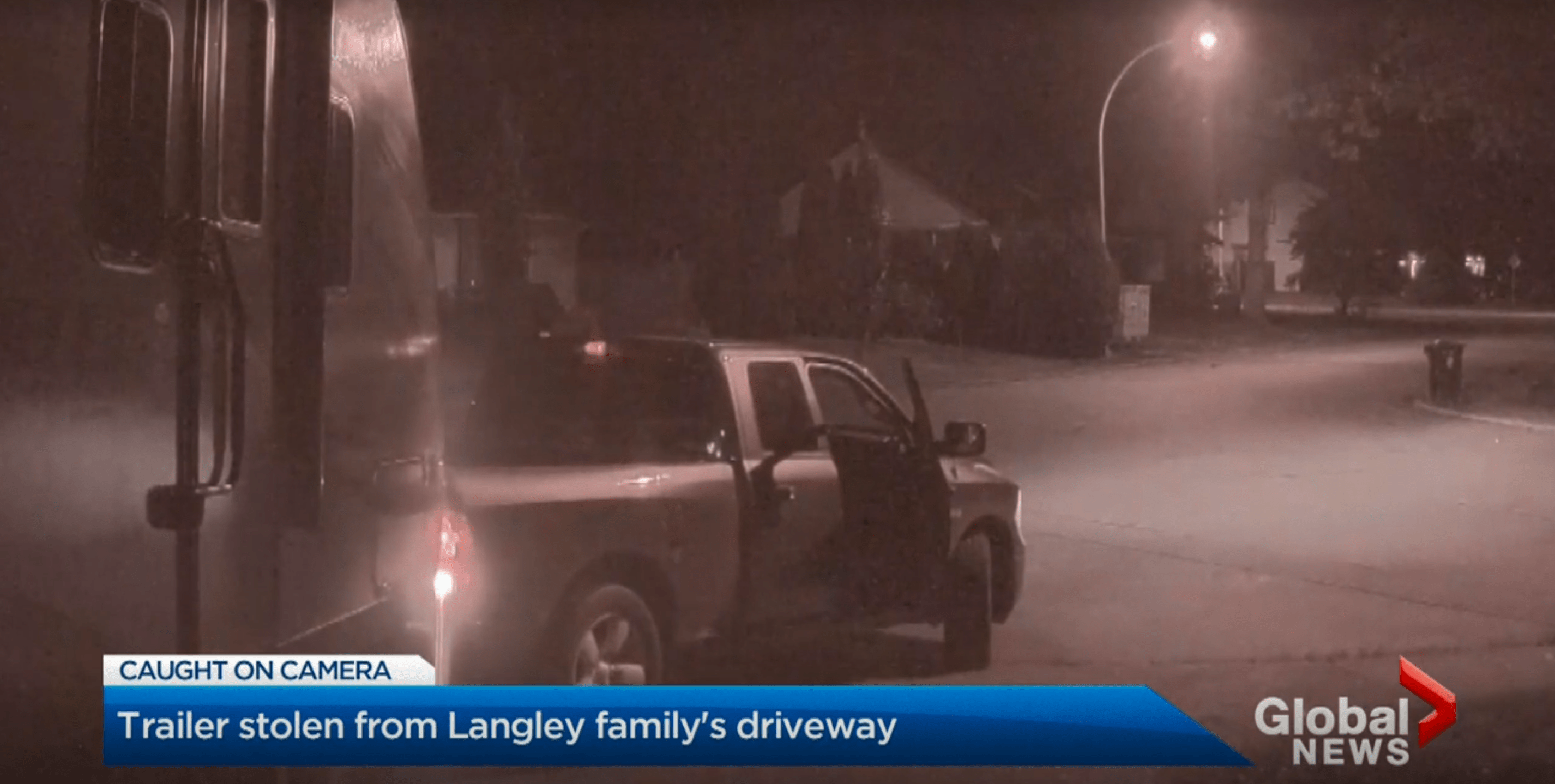 In the modern age, thieves are getting smarter by the day, making it tough to protect your assets. However, one Canadian family’s electric vehicle (EV) helped them recover their lost goods. According to Global News BC, a Langley family’s Tesla caught video of thieves stealing their RV out of their driveway on Thursday. One member […]
Peter McGuthrie
2 years ago