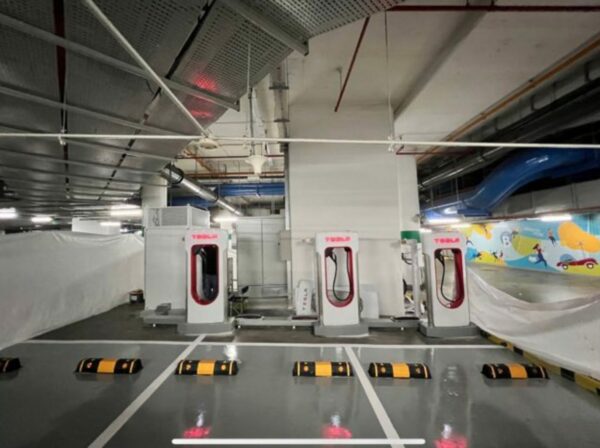 The first Tesla Model 3 deliveries began arriving in Singapore in July, with just one Tesla Supercharger available on the island city-state – and now, a second Supercharging station has begun construction.

Tesla has begun establishing its second Supercharger in Singapore at an undisclosed location that some users have speculated to be the island’s Millenia Walk retail area. The news was shared by Christopher Bousigues, Tesla’s Country Manager in the island nation-state (@Chrysto).

The news comes just a few months after Tesla’s first Supercharger in Singapore was built at the city-state’s Orchard Central shopping mall located at 181 Orchard Road.

Is Singapore ready for it’s second @Tesla #Supercharger? Let’s go hunting! Many thanks to @LTAsg for the ongoing support to helping us contribute to the #2030GreenPlan pic.twitter.com/cFf1s9tviv

In the post, @Chrysto also referenced the Singapore 2030 Green Plan, which is a ten-year commitment to reducing carbon emissions and increasing sustainability, as made by Singapore’s government in keeping with the United Nations 2030 Sustainable Development Agenda.

Tesla also established the first service center in Singapore in July, with the first Tesla Model 3 test drive event only having been held in Singapore during the month of May.

Tesla Model 3 prices in Singapore start at $112,845 SGD ($83,086 USD), going up from there, and the models are made in China at Tesla’s Gigafactory Shanghai before being shipped to Singapore – among other markets.

Update: The second Tesla Supercharger in Singapore is now live, according to @TeslaOwnersSG, located at Millenia Walk, offering three V3 charging stalls offering rates of up to 250 kW: