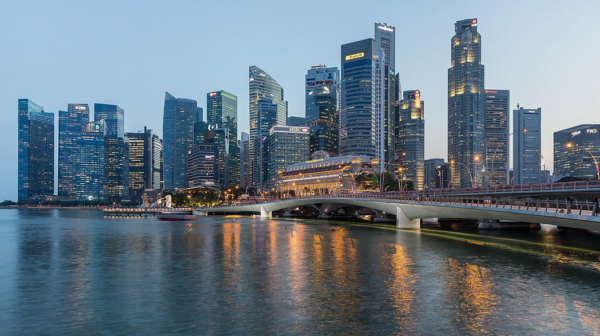 Tesla’s electric cars have finally entered the city-state of Singapore, coming just a few short years after a multitude of reprimands from Tesla CEO Elon Musk for not being willing to entertain discussions with the company.

According to Bloomberg, Transport Minister Ong Ye Kung said to parliament last week that switching to EVs would have a net carbon positive impact, “even if the electricity is generated by fossil fuels,” representing a major shift in the city-state’s political opinion of EVs expressed a few years ago.

“With our urban environment, Singapore is quite ideal as a test-bed for the rapid adoption of EVs,” Ong said.

Seeing more #tesla cars in Singapore these days . Expect more of these in the coming months, when sales take off 🚀 @elonmusk pic.twitter.com/gNxgUwuSvN

In early 2019, Musk tweeted that Singapore was “unwelcome” and “unsupportive” of EVs. According to adjunct associate professor at Nanyang Technological University’s Nanyang Business School Zafar Momin, the first Tesla imported in 2016 had local regulators confused about how to handle it. Following some serious discussion, the owner was taxed S$15,000 ($11,107 USD) over the course of five years for EV-related initiatives.

We tried, but Singapore govt is not supportive of electric vehicles

Govt has been unwelcome

Singapore’s 2021 budget will push for 60,000 charging points at public parking lots and private to be installed by 2030, more than double the previous target of 28,000.

The Tesla Owners Singapore group, which has more than 65 members, welcomed Tesla’s recent entry into the island nation state last month. The Model 3 is available for purchase online and is comparably-priced to similar vehicles from luxury automakers in Singapore, and also a Toyota Camry.

“It’s encouraging to see that the government has placed a lot more emphasis on sustainability-related policies this year, specifically EV incentives and infrastructure commitment,” said Chia Yan, representing the group. “We believe the government can still provide more support in the next few years.”

But now, consumers in the city-state can purchase Tesla’s cars online, and Singapore is shooting to have all buses run on electricity by 2040, as part of a larger goal to move towards net-zero emissions by the second half of the century.