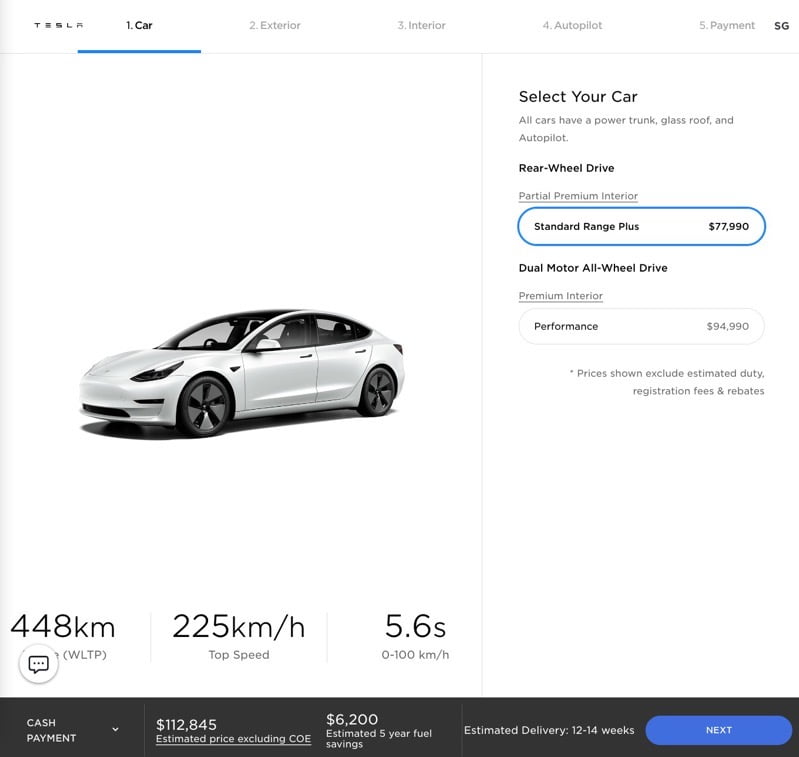 Tesla has officially launched sales in Singapore, following earlier reports of an imminent launch in the island nation state.

Right now, Tesla only has the Model 3 available for purchase, with the latest updates and design. These vehicles will most likely be made and shipped over from Giga Shanghai in China.

Tesla Model 3 pricing in Singapore is below (excluding duty, registration fees and rebates):

Now, the cost of owning a vehicle in Singapore is not cheap. The government limits how many cars on the island by requiring the purchase of an expensive Certificate of Entitlement (COE) for 10 years (if you can bid and win one), and Additional Registration Fee (ARF), if you want to own a vehicle.

Looking at the Model 3 Standard Range below, we see the estimated ARF is at a whopping $76,959 SGD. However, two rebates are available for green-friendly cars. The Vehicular Emission Scheme (VES) rebate slashes $25,000 SGD, and the EV Early Adoption Incentive (EEAI) takes $20,000 SGD off. 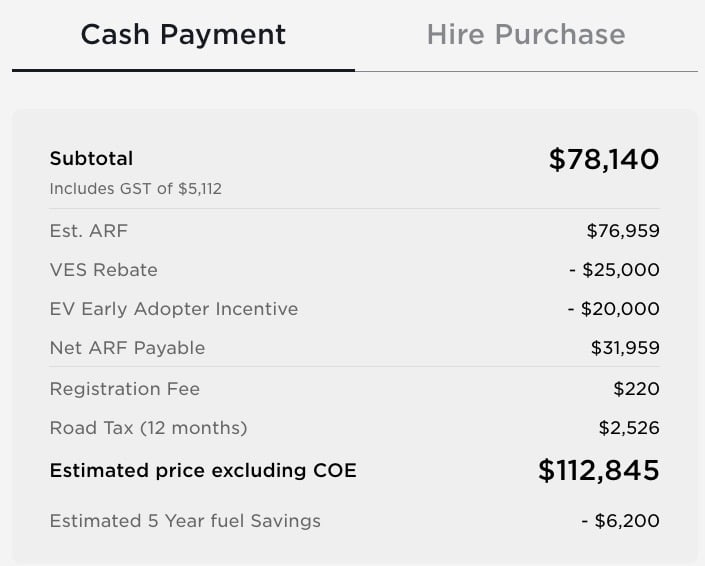 As for the Model 3 Performance at about $196,000 SGD ($147,386 USD), many note this price is competitive with mid-range luxury vehicles in Singapore, as per @PeterNMCH:

@elonmusk , Thanks for bringing in Tesla into Singapore! Unlike SR+, the pricing for m3 performance is very competitive! Could sound crazy to other folks but S$196K (including COE) for the performance model is way cheaper than most mid-range luxury cars in Singapore. pic.twitter.com/x99StNVlDk

For example, here is the ballpark Singapore pricing for the following luxury cars, including COE on the island in SGD:

The Model 3 Performance goes 0 to 100 km/h in 3.3 seconds. Let’s see if luxury competitors above can do that?

As of writing, the Model 3 Standard Range Plus and Performance both have an estimated delivery date of 12-14 weeks.

When Will Starlink IPO? When Cash Flow Can Be Predicted ‘Reasonably Well’ Says Elon Musk