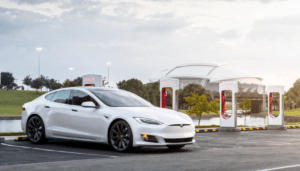 Tesla has been exporting its electric vehicles (EVs) from Gigafactory Shanghai China to Europe and according to a new update, cars may soon reach the nation-state of Singapore.

On Thursday, Tech in Asia reported that Tesla has been given pre-delivery inspection approval from Singapore’s Land Transport Authority (LTA), which marks the final step in the company’s path to delivering vehicles to buyers in the city-state. With the news, some expect that Tesla may begin delivering in Singapore as soon as the next two weeks.

Tesla in Singapore heartlands 👍🏻 It will be a common sight soon 😉 Photo: @rehvn_ pic.twitter.com/0gkYN9q5kp

Tesla listed a number of positions in Singapore in July 2020, including a country manager which would lead its sales, bring the EV to market at high volumes, and streamline its retail presence across the area. The company listed five other openings at the time, all related to the launch within the territory.

In addition to the hiring spree, Tesla will be looking to improve the city-state’s charging infrastructure by adding a number of charging stations around the area.

While Singapore’s Deputy Prime Minister Heng Swee Keat made a push to phase out internal combustion engine (ICE) vehicles by 2040 in last year’s budget meeting, the city-state has a long way to go before the goal becomes a reality.

Still, offering the public EVs is an excellent first start, and hopefully the goal will help streamline the process and encourage mainstream adoption as soon as possible. Given the high cost of owning a car in Singapore due to the government controlling the number of vehicles on the roads, it will be interesting to see how much a Tesla will cost locally.