Tesla 2022 Annual Shareholders Meeting: What You Need to Know 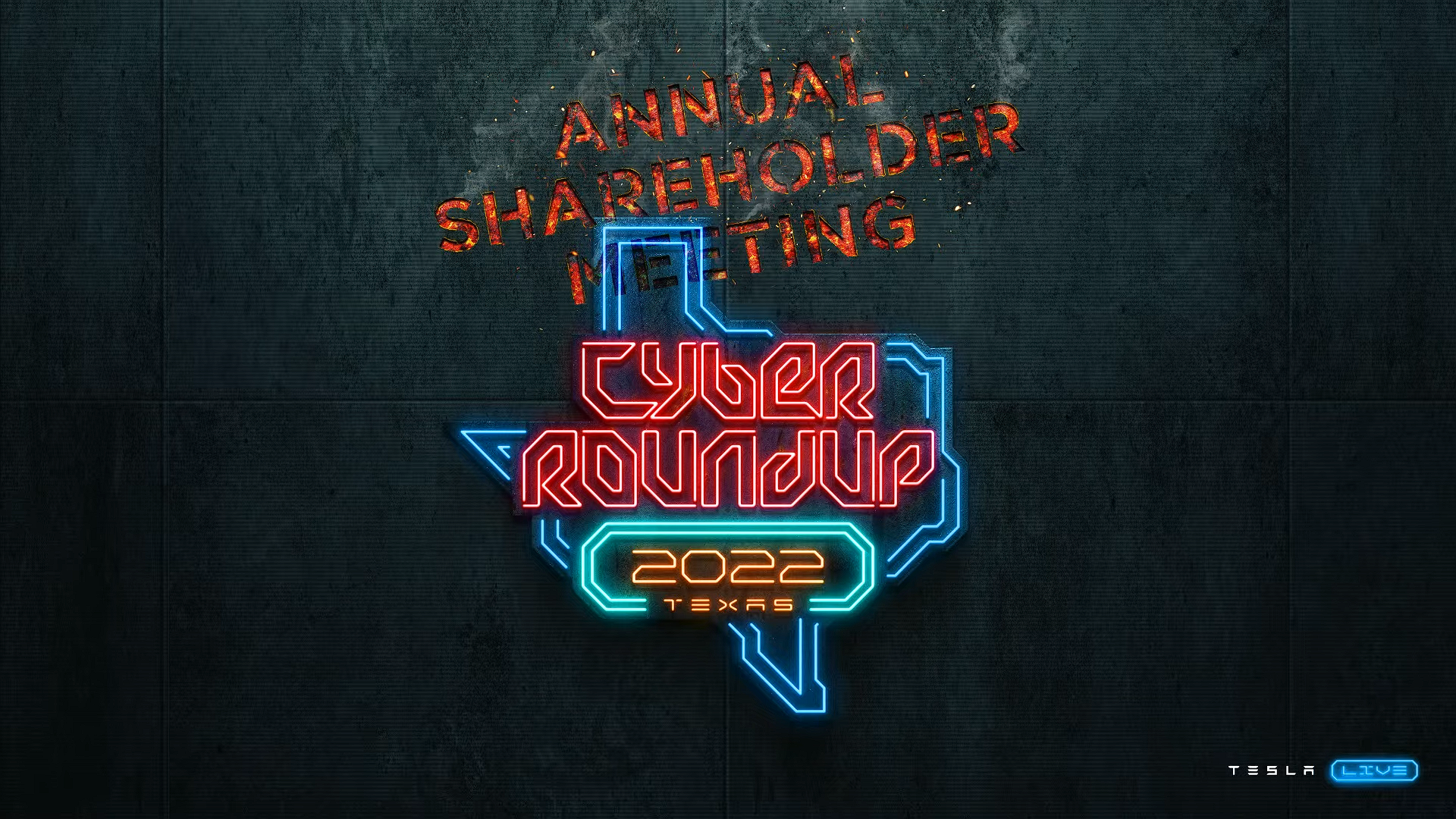 Tesla today held its Annual Meeting of Shareholders at the company’s newest Gigafactory in Austin, Texas. For the first time in a couple of years, select shareholders were able to attend the event in person. During this year’s meeting, shareholders voted on 13 items.

Tesla’s board of directors put forward five of these proposals, which included the election of two new directors, a reduction of directors’ terms to two years, and the authorization of an additional four billion common shares to facilitate a 3-for-1 stock split that Tesla filed for in June.

The rest were stockholder proposals, all of which Tesla’s board recommended voting against. Polling results will be made public within four business days.

Tesla sold a whopping 4 GWh worth of energy products in 2021, which would be enough to power three million homes. The company hopes to produce 20 million cars per year by 2030.

The board chair also announced a new platform for shareholders to interact with company management, details for which will be revealed soon.

After official business for the meeting was adjourned, company CEO Elon Musk took to the stage and delivered a presentation.

Musk said Tesla is expecting a record-breaking vehicle run rate in the second half of the year, leaving the company with an annual production capacity of two million units by the end of 2022.

He added that the company recently produced its 3-millionth electric vehicle. According to Musk, it’s “doable” for Tesla’s lifetime vehicle production to reach 100 million units in the next 10 years.

The Tesla CEO hyped up Full Self Driving (FSD) beta 10.13 as “10.69,” saying they’ve made significant improvements to the upcoming build.

Musk added that the team has achieved a “roughly 90%” success rate with the “Chuck Cook style” of unprotected left turns. He later said he expects the FSD beta to be “available to anyone who requests it by the end of this year.”

Musk also touted the fact that Tesla has the highest operating margins of any automaker. According to Tesla’s projections, the Model Y will be the world’s highest-selling vehicle by revenue this year, and by volume in 2023. During last year’s annual meeting, Musk said that the Model Y should soon become the “best-selling vehicle of any kind,” globally.

That said, the EV maker still has a lot of work to do in ramping up production at Giga Texas and Giga Berlin.

Musk teased the announcement of another Gigafactory location later this year. The company’s Fremont factory, meanwhile, has become the highest-yield automotive plant in North America.

Across the company’s lifetime, Tesla’s solar products have produced more energy than was used to manufacture and even charge Tesla’s EVs (both at Superchargers and at home). In addition, Tesla is already recycling more than 50 battery packs per week at its Nevada factory.

Musk also revealed that the company’s Supercharging network has 99.96% uptime. Furthermore, he hinted at “some cool stuff happening on the Supercharging front.”

The Tesla CEO went on to answer questions from shareholders. About the Cybertruck, Musk said it will be “one hell of a product,” but he cautioned that pricing will be higher than previously publicized. Musk added that the Cybertruck is still on track for volume production in mid-2023.

You can watch Tesla’s full annual shareholder meeting below: