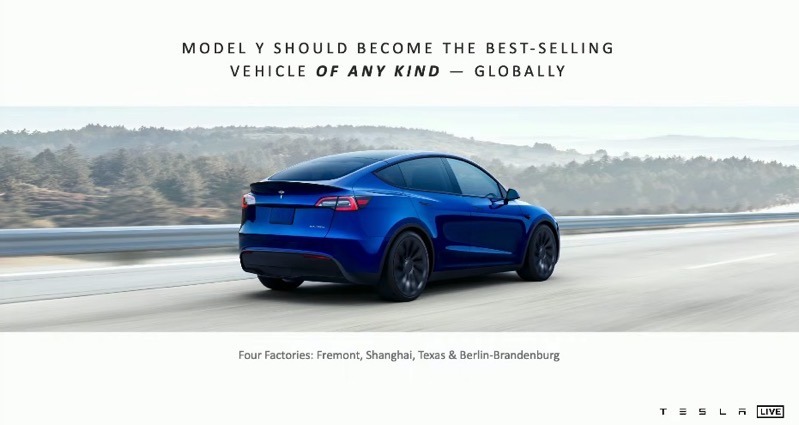 Tesla has kicked off its 2021 annual meeting of stockholders at its new factory in Austin, Texas. When CEO Elon Musk took the stage, he reiterated the company’s Model Y “should become the best-selling vehicle of any kind”, globally.

The company says this goal is expected sometime in 2023, thanks to its four factories: Fremont, Shanghai, Texas and Berlin-Brandenburg.

Musk said Shanghai has exceeded the capacity of its Fremont factory, and gave a shout-out to the Tesla China team.

The U.S. Securities and Exchange Commission (SEC) has launched a probe into Elon Musk for his role in directing the branding around Tesla’s self-driving car ambitions — reports Bloomberg. According to the publication, the efforts are part of the regulator’s ongoing investigation into Tesla’s claims surrounding its Autopilot and Full Self-Driving (FSD) features. SEC officials […]
Nehal Malik
23 hours ago