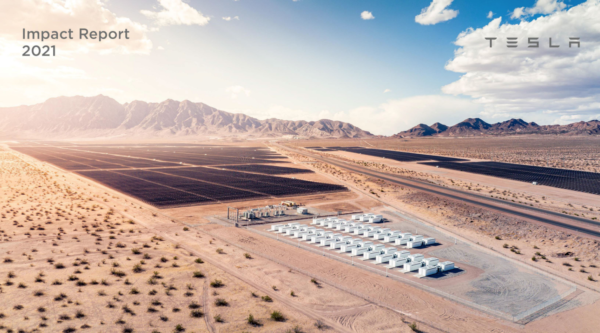 As consumers begin to adopt electric vehicles (EVs) en masse, even EV automakers like Tesla can stand to improve sustainability practices, which is why the company releases an annual impact report.

Tesla shared its 2021 impact report on Friday, detailing the company’s sustainability efforts for the year on its website (via Twitter).

The reduction in emissions serves as an improvement from Tesla’s 2020 impact report in which it marked just 5 million metric tons of CO2e emissions saved.

On the web page, Tesla says, “Our mission is to accelerate the world’s transition to sustainable energy. In pursuit of this goal, we build products that replace some of the planet’s biggest polluters — while trying to do the right thing along the way.”

The impact report itself is captured in a PDF document, and it features the same sections as listed on the company’s website.

“In the past decade, our solar panels produced more than enough clean energy to power every Tesla factory and every vehicle during that time,” said the company. “Transportation & energy sectors are some of the biggest emitters of greenhouse gases – that’s why we offer a complete ecosystem,” explained Tesla.

“Scale is also critical. By 2030, we’re aiming to sell 20M electric vehicles/year – compared to 0.94M in 2021,” touted Tesla.
“Tesla EVs have much lower average lifecycle emissions vs. gas vehicles. This will improve as the electrical grid gets cleaner, while burning gas does not.”

“Our manufacturing efficiency gets better with every Gigafactory, further reducing our vehicles’ carbon footprint,” detailed the company. “Battery longevity is critical. Every battery we make is designed to outlast the vehicle it’s in,” adding, “At the end of their usable life, we recycle battery packs to build brand new batteries.”

In the report, Tesla says it hopes to sell 20 million EVs per year by 2030, deploying 1,500 Gwh of energy storage annually.