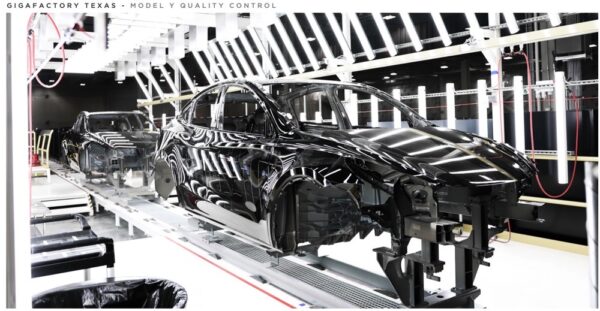 After Tesla’s CEO Elon Musk confirmed company plans to move its headquarters to Austin, Texas from Fremont, California, the company has now officially made the move, as shown in a new filing.

Tesla has officially moved its headquarters to Austin, Texas, according to an 8-K form filed with the Securities and Exchange Commission (SEC) on Wednesday (via @SawyerMerritt).

BREAKING: Tesla has just filed an 8-K with the SEC.

A report from October shows that some Austin locals are concerned over the potential rising housing costs with Tesla’s move to the area.

Amidst the move, Tesla is also planning to add 136 Tesla Superchargers to the Greater Austin area over the next four months.

In Texas, Tesla buyers must have their vehicles shipped outside of the state before they’re delivered locally, due to a strange direct sales law that the Texas legislature failed to pass an updated bill undoing earlier this year.

While Tesla’s Gigafactory Texas is eventually expected to begin production on the company’s highly-anticipated Cybertruck, a recent note from Musk shows that Tesla is set to provide a roadmap and production updates for the Cybertruck in January 2022.

You can see Tesla’s full 8-K filing with the SEC below.