Elon Musk Confirms He Has Moved to Texas from California [VIDEO] 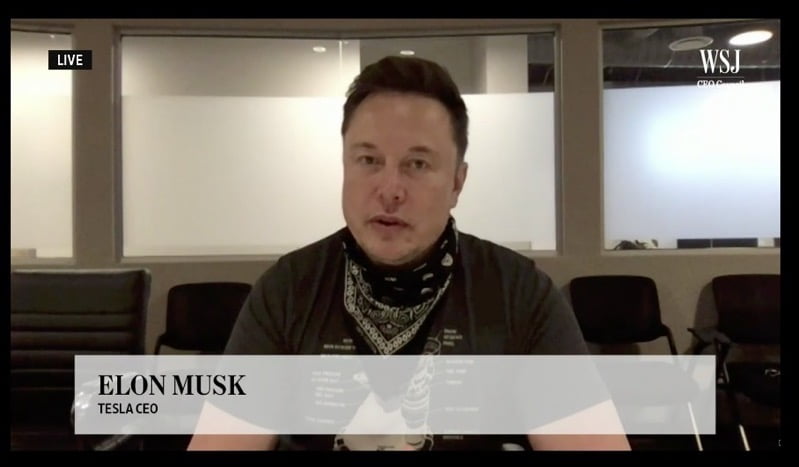 Tesla CEO has confirmed he has moved from California to Texas, speaking at the Wall Street Journal CEO Council Summit.

“For myself, yes, I have moved to Texas,” Musk added. “We’ve got the Starship development here in South Texas where I am right now. We’re hopefully going to do a launch later today. And then we’ve got big factory developments just outside of Austin for Giga Texas.”

Musk says California is “really great”, but added “there’s something that happens when a team is winning for too long, they get too complacent and too entitled and don’t win the championship anymore,” using a sports analogy.

Back in May, Musk was upset about California’s shelter-in-place COVID-19 restrictions which shut down Tesla’s Fremont factory. The CEO said he was ready to move to Texas/Nevada “immediately.”

Frankly, this is the final straw. Tesla will now move its HQ and future programs to Texas/Nevada immediately. If we even retain Fremont manufacturing activity at all, it will be dependen on how Tesla is treated in the future. Tesla is the last carmaker left in CA.

Last week, it was reported Musk had told his friends he was moving to Texas. He ended up moving his private Musk Foundation to Austin, Texas and today he confirmed he has indeed left California.

In a recently published YouTube video, Brad Sloan gives us a high-fidelity aerial tour of Tesla’s Gigafactory in Austin, Texas, on the morning of Friday, November 25. While most of the workers had the day off for Thanksgiving, some contractors can still be spotted on the site. A fair amount of ready-to-deliver Model Y units […]
Nehal Malik
40 mins ago