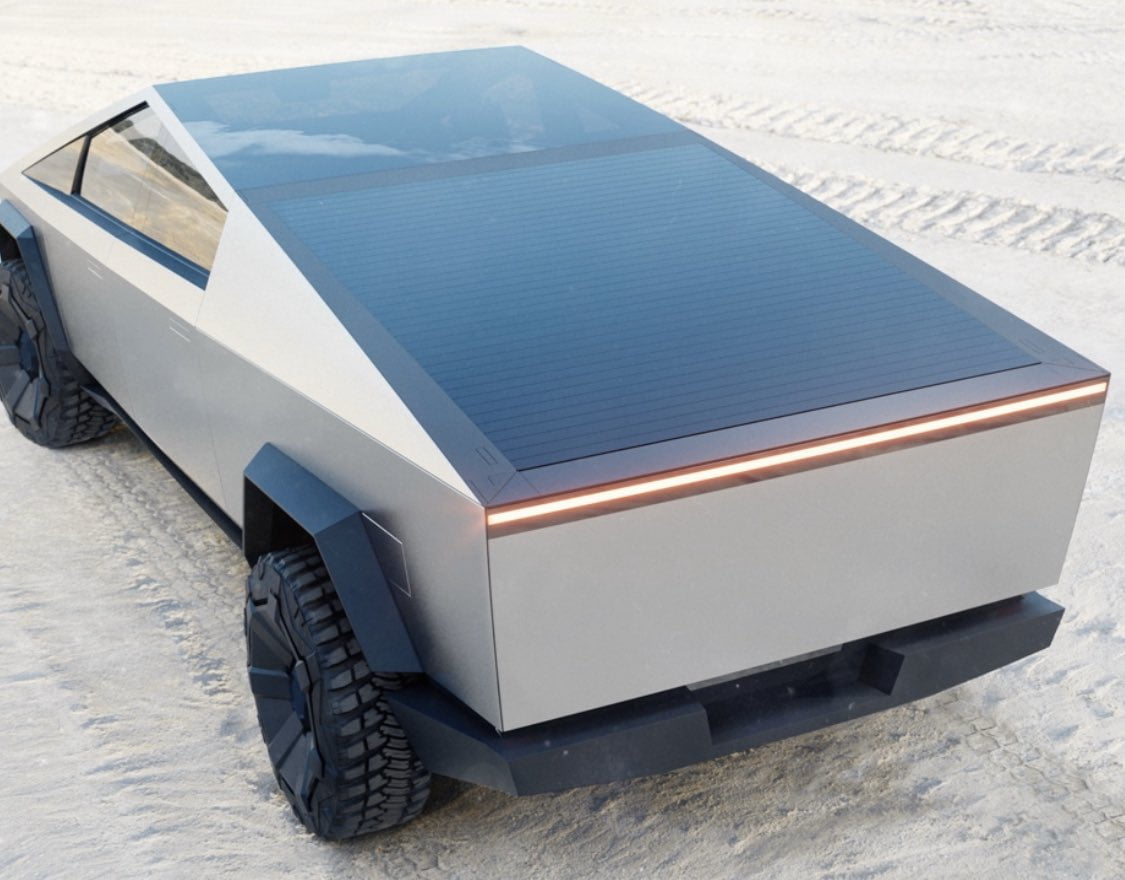 Tesla fans are beginning to notice the Cybertruck’s extra features, like its under-bumper and wheel-arch cameras, as it has begun displaying around the U.S. earlier this month and is preparing for mass production.

However, a new update from Teslarati shows us that a new patent for Tesla was submitted to the U.S. Patent Office this month, titled “Integrated Tonneau Cover for a Vehicle,” and it definitely lives up to the hype.

Boasting a fully mechanical design that moves along grooves in the truck bed, and with the potential to bear solar panels, the Cybertruck Tonneau Cover could provide a ton of extra protection for customers keeping their belongings in the truck bed. 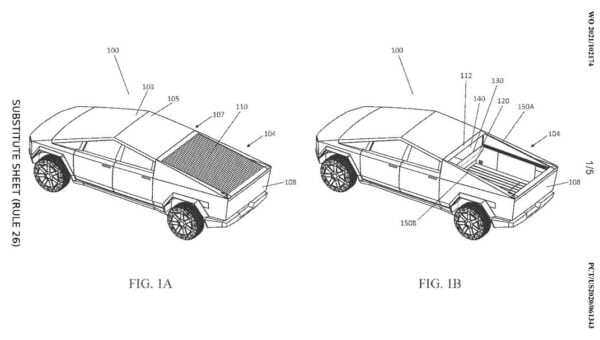 Back in November 2019, Elon Musk confirmed a solar option would be coming for the tonneau cover, saying, “Will be an option to add solar power that generates 15 miles per day, possibly more. Would love this to be self-powered. Adding fold out solar wings would generate 30 to 40 miles per day. Avg miles per day in US is 30.”

Will be an option to add solar power that generates 15 miles per day, possibly more. Would love this to be self-powered. Adding fold out solar wings would generate 30 to 40 miles per day. Avg miles per day in US is 30.

Tesla is expected to begin Cybertruck production in June, and the electric pickup truck’s first deliveries are set to go out by the end of this year.

Not unlike this Cyberlandr Cybertruck camper, which garnered $50 million in preorders, Tesla’s Tonneau Cybertruck cover could change the game for owners looking to use their electric trucks for camping, long-distance travel, or other activities encouraging owners to get outside.

In a recently published YouTube video, Brad Sloan gives us a high-fidelity aerial tour of Tesla’s Gigafactory in Austin, Texas, on the morning of Friday, November 25. While most of the workers had the day off for Thanksgiving, some contractors can still be spotted on the site. A fair amount of ready-to-deliver Model Y units […]
Nehal Malik
39 mins ago