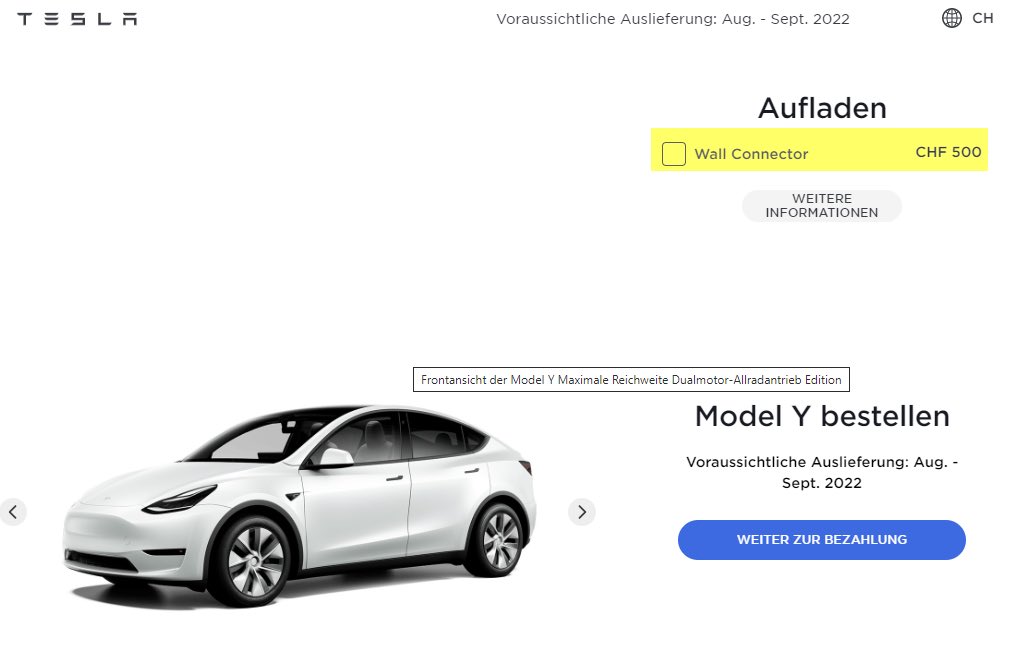 Tesla started rolling out a new feature for its online vehicle configurator in April that allowed customers to add a home charging solution to their order at checkout. The feature is now available in Germany and other parts of Europe (via @giovadamiano).

German Tesla customers can now add a Wall Connector to their electric vehicle (EV) order when checking out in the company’s online vehicle configurator. They no longer have to go through the Shop to order it separately.

According to Tesla, the Wall Connector is the “recommended home charging solution” for the company’s EVs. Tesla’s Wall Connector requires installation by a professional electrician, which does not come included.

In the U.S., Tesla lowered the price of the Wall Connector to $400 in April following backlash over its decision to no longer include a complimentary basic Mobile Connector with orders. The company started adding charging options to its configurator at the same time.

Most Tesla buyers need some kind of a home charging solution, and giving them the ability to buy one when they’re placing an order for their EV streamlines matters significantly.