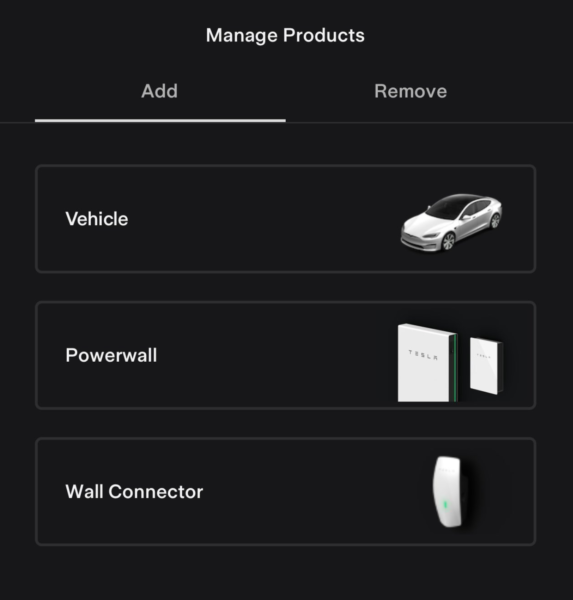 After a new Tesla app update hinted at the ability to connect your phone to Wall Connectors, the feature has officially arrived for some users.

Tesla has enabled the ability to pair smartphones with Wall Connectors via the mobile app for some users in the United Kingdom, as detailed this week by Tesla Updates.

In a post about the addition of the feature, the @TeslaUpdateInfo account also shared a photo of the “Manage Products” screen once the Wall Connector is added, as shown right beneath the vehicle and Powerwall menus.

Another image also shows the “Wall Connector Setup” screen, in which the app refers to the program as a beta program.

On the screen headed “Welcome to Wall Connector Beta,” Tesla writes, “Set up your Wall Connector to see charging data and get the latest software updates.”

The setup screen also adds that only Generation 3 or newer devices are compatible with the app, before a button at the bottom of the page that says “Get Started”.

When paired, you get to see cool graphics of the Wall Connector installed in a garage. You also can schedule charging and also setup a randomized delay between 0 to 10 minutes at the start and end of your charging, to help relieve pressure off local energy grids.

Here are some images from the app once you've paired your Wall Connector. pic.twitter.com/J9Mptsrftf

Tesla launched its Gen 3 Wall Connector in Europe last May.

The Tesla Wall Connector lets users control which vehicles charge, as well as a handful of other useful stats and control options.