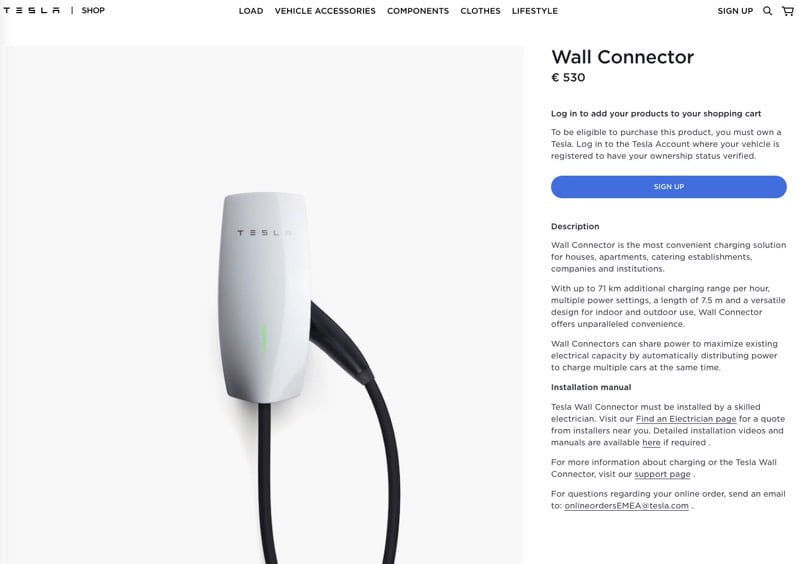 Tesla has launched online sales of its latest third-generation Wall Connector for most nations the European Union.

The Wall Connector shows a price of 530 euros (USD 637) and is available for those in the Netherlands and more. However, it’s not available in France as local laws require a detachable cable on the charger side.

According to Tesla owners on Reddit, they note the Wall Connector offering in the EU only has a 7.5m cable offering, whereas the previous generation had 2.5m and 7.5m cable options for customers, at the same price.

“With up to 71 km additional charging range per hour, multiple power settings, a length of 7.5 m and a versatile design for indoor and outdoor use, Wall Connector offers unparalleled convenience,” describes the California-based company.

The third generation Wall Connector adds Wi-Fi connectivity over its predecessor. The Gen 3 Wall Connector first launched in the spring of 2020 in the United States.