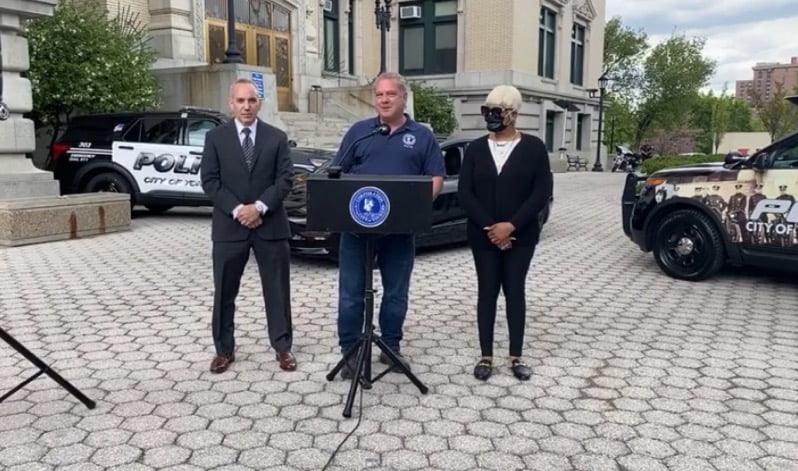 According to Mid Hudson News, the city already has a growing fleet of more environmentally friendly vehicles, such as 33 hybrid police cars. 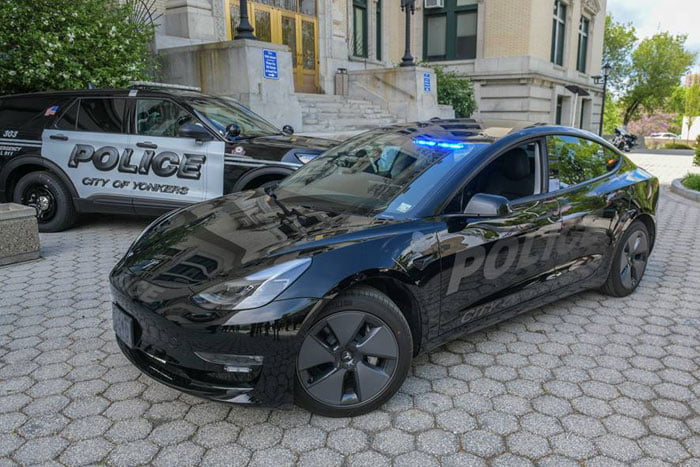 Mayor Mike Spano made the announcement on Friday, saying “our city has become a progressive leader in sustainability, and today we have taken yet another step to provide for a cleaner, greener Yonkers.”

Spano added, “the unveiling of the city’s first fully electric vehicle strengthens our resolve in reducing in reducing vehicle emissions and fossil fuel dependence both good for the environment and our bottom line.”

Deputy Police Chief Chris Sapienza touted the advantages of the Model 3, saying it was faster than regular police vehicles and requires less maintenance. Sapienza said they learned from the Westport, Connecticut Police Department’s own Model 3 police car to learn more about the car.

Yonkers said they spent $46,290 on the Tesla Model 3, plus a $2,000 rebate from New York State. After the build out of police equipment, the car comes in at under $50,000 USD. Sapienza said they expect “dramatic savings” within two years thanks to fuel savings and less maintenance.

You can click here to watch the announcement from the City of Yonkers.

The Yonkers police department will consider other EVs next year, such as Ford’s Mustang Mach-E, as part of the city’s long-term plan to switch over its fleet to electric vehicles, which hopefully will include garbage trucks and fire trucks one day.