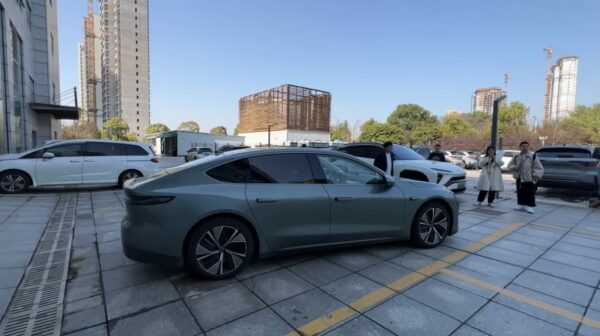 With NIO expected to unveil the ET7 electric sedan in April, prospective buyers are growing curious about the electric vehicle (EV) — with one channel sharing

YouTube channel ChinaDriven shared a test drive of the NIO ET7 on Tuesday, featuring a 19-minute ride-along in the upcoming car.

All four seats inside the ET7 also include a seat massage function, and the rear includes a touch panel for controlling climate functions.

In addition to interior details, the vehicle features a smooth, albeit punchy drive, with a handful of tests of the vehicle’s handling as the driver carts the crew around.

The ET7 also features clear camera views via the center touchscreen, as well as clear visibility of the road from the driver’s seat.

NIO’s February deliveries were up 9.9 percent, with the automaker delivering a total of 6,131 cars.

The China-based automaker is also expected to launch in other countries such as Denmark and Norway, with the first Norwegian battery swap station from NIO having gone live in January.