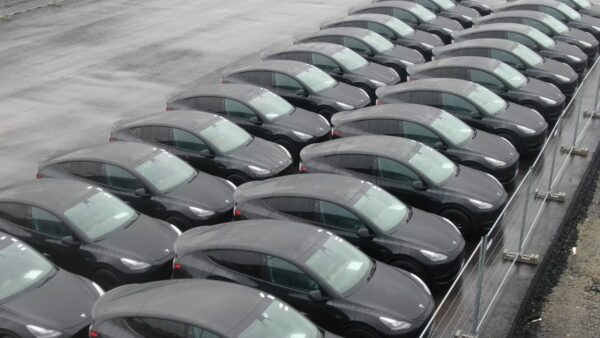 A new filing revealed that Tesla was granted permission to produce 2,000 Model Y bodies at Gigafactory Berlin, and since then, several Model Y units have been spotted coming and going at the Grünheide factory.

A number of Tesla Model Y Performance compact crossover SUVs were spotted on Friday at Gigafactory Berlin, as seen in photos taken and shared by drone pilot @Tobias Lindh. 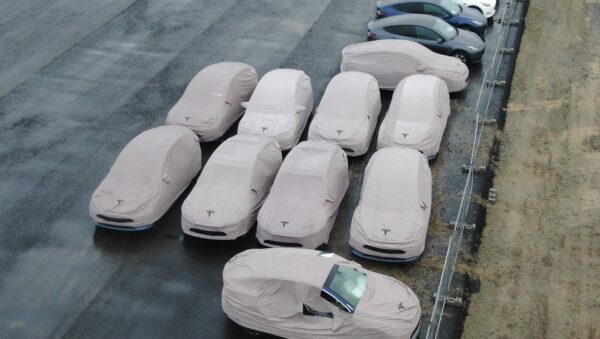 While most of the Model Y units depicted in the photos include black paint of the Performance variant, based on their 21-inch Uberturbine wheels and red-painted calipers, some were covered, causing users to speculate that they were the Berlin factory’s soon-to-be-released new colors.

A recent rumour said Giga Berlin production would first start with the Model Y Performance in colors black and white, according to @SawyerMerritt.

Tesla’s website has been updated to note the Performance Model Y is now delivering in March 2022, ahead of the previously mentioned “early 2022”.

One Minister of Brandenburg did say final approval for the Tesla Gigafactory Berlin would be coming in early 2022.

Another Minister also said that Tesla wasn’t willing to wait up for EU subsidies for its construction of the Grünheide factory.

It’s not clear as of yet when the factory will be granted final approval, but the pre-production trials of Tesla’s Model Y are optimistic, suggesting that it could be sooner rather than later.

A Tesla Model 3 with a camouflage cover on the front and rear was recently spotted at a parking space in Santa Cruz, California (via @omg_tesla). What’s going on here? @klwtts @WholeMarsBlog @teslaownersSV pic.twitter.com/uFpxcsVh4D — omg_Tesla/Rivian (@omg_tesla) December 3, 2022 The electric vehicle (EV) seemed to have factory plates, indicating that it is part of […]
Nehal Malik
10 hours ago