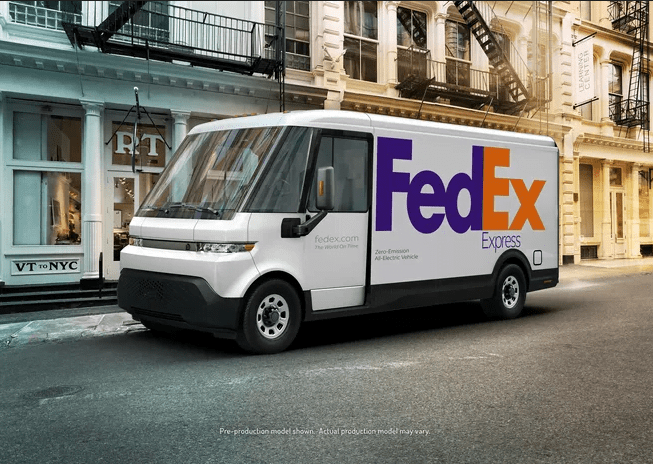 GM’s commercial electric vehicle (EV) arm, BrightDrop, on Wednesday revealed that Walmart has placed an order for a whopping 5,000 of its all-electric delivery vans, of the EV600 and smaller EV410 models.

What’s more, existing customer FedEx has reserved priority production for 2,000 of BrightDrop’s electric vans over the next few years. FedEx has added on to its original order of 500 EV600 e-delivery vans, the first batch of which was delivered to the global logistics giant in December.

Walmart’s order, on the other hand, will be made up of a combination of EV600s, which BrightDrop is currently producing in limited volumes at a production facility in Michigan run by one of its robotics suppliers, and smaller EV410s, which will be available in late 2023.

BrightDrop ultimately plans on moving manufacturing over to a new $1 billion CAD ($787 million USD) EV factory in Ontario, Canada, where the GM subsidiary will begin production at scale sometime in the fourth quarter of this year.

BrightDrop is expected to deliver the first shipment of electric delivery vans to Walmart by next year. The multinational retail behemoth hopes to reach a zero-emissions logistics fleet by 2040, and BrightDrop’s electric vans will help expand its fleet of InHome delivery service vehicles and its broader last-mile delivery network as a whole.

Walmart is the latest addition to what is steadily becoming a pretty healthy list of BrightDrop clients, which also includes the likes of Merchants Fleet and Verizon. The startup has already received 25,000 reservations for its electric delivery vans, and that doesn’t even account for the undisclosed number of vehicles Verizon has ordered.

FedEx has also indicated there is potential for up to 20,000 more electric van reservations in the coming years, depending on how this initial order pans out and whether or not the two companies can strike a definitive purchase agreement. The delivery company also said it would expand testing of BrightDrop’s EP1 electrified container to 10 markets this year.

“BrightDrop’s mission is to decarbonize the world’s deliveries. We leverage the best of two worlds – the innovation, agility, and focus of a technology startup with the engineering and manufacturing might of General Motors,” said BrightDrop President and CEO Travis Katz, in a statement.

“This combination, coupled with BrightDrop’s holistic solution set, gives us powerful advantages that uniquely position us to support the world’s largest delivery companies, like Walmart and FedEx, with their robust sustainability goals. Today’s commitments showcase our ability to power the electrification journey of some of the world’s biggest companies,” added Katz.