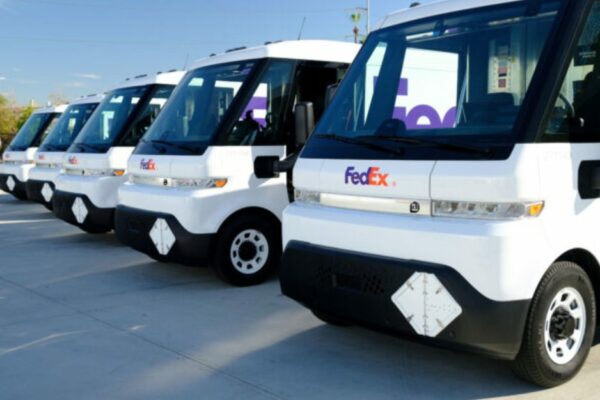 General Motors (GM) announced plans to deliver its BrightDrop delivery trucks to FedEx earlier this year, and keeping to its plan, the company has apparently delivered its first units of the electric vehicle (EV).

On Friday, BrightDrop delivered the first five of its 500-vehicle order of EV600 units to FedEx, according to a press release.

GM to Launch Chevy Silverado EV with 400 Miles of Range in 2023 https://t.co/Ly9ETTLsKB

FedEx Chief Sustainability Officer Mitch Jackson said, At FedEx, transforming our pickup and delivery fleet to electric vehicles is integral to achieving our ambitious sustainability goals announced earlier this year. This collaborative effort shows how businesses can take action to help usher in a lower-emissions future for all.”

BrightDrop’s EV600 will be manufactured at a new $1 billion EV factory in Ontario, Canada, with the light commercial delivery EV combining the top features in a traditional with those of a step-in van, as detailed by GM.

GM also plans to sell 5,400 of the BrightDrop EV600 to Merchants Fleet, as well as a separate deal with mobile service company Verizon Wireless.

In a major shift to EVs, GM also shared plans to double its annual revenues by 2030 earlier this year, targeting a goal of $280 billion USD in yearly revenue by the end of the decade.

Transportation officials in San Francisco are trying to slow the rollout of robotaxis in the city, arguing that they can pose a road hazard to other drivers and that more data is needed before they can be allowed to freely roam the streets — reports NBC News. San Francisco has become a bit of a […]
Nehal Malik
12 hours ago