GM to Launch Electric Delivery Truck for FedEx and Others 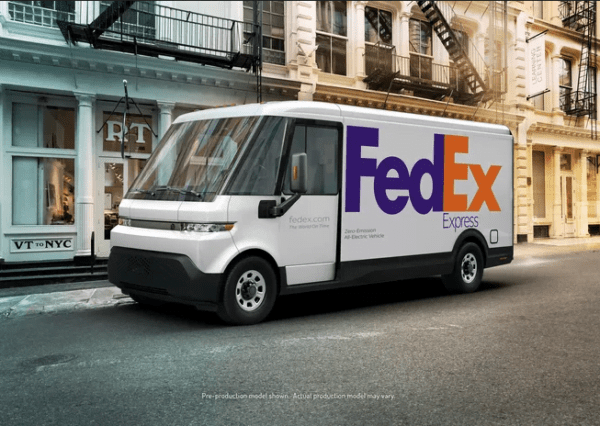 A pre-production model of the EV600 from GM’s new startup BrightDrop, set to launch later this month. Photo: General Motors

A new challenger has entered the ring to rival Rivian’s electric delivery van for Amazon, and it’s reportedly coming alongside an electric pallet to make moving packages easier.

The EV600 commercial electric truck will be one of two initially-released products for FedEx from General Motors’ (GM’s) new startup, BrightDrop, which is set to launch later this month, according to Detroit Free Press. The EV600 will arrive alongside the EP1, a completely-electric pallet that will help delivery drivers move packages without overworking their bodies.

In a pilot program, GM found that the EV600 increased efficiency significantly for FedEx. BrightDrop already has plans to deliver 500 EV600 units to FedEx later this year, and company CEO Mary Barra thinks the company’s expertise could help improve sustainability.

In a statement, Barra said, “We are building on our significant expertise in electrification, mobility applications, telematics and fleet management, with a new one-stop-shop solution for commercial customers to move goods in a better, more sustainable way.”

If it’s as effective as the pilot program showed it to be, BrightDrop’s EV600 could change the face of supply chain delivery for good. Then again, so could Rivian’s Amazon delivery van – only time will tell.