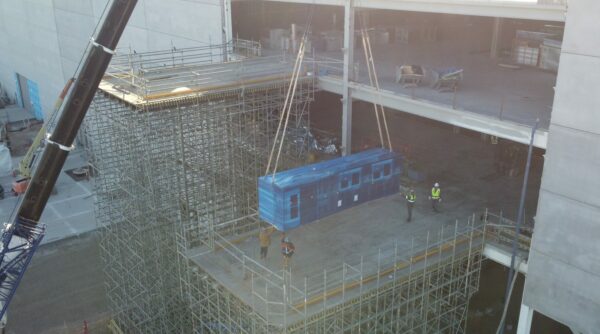 @Joe Tegtmeyer shared photos of some modular 4680 battery cell production equipment being loaded into Gigafactory Texas’ battery structure’s third floor on Monday, following up with the company’s plans to produce its own units of the next-generation EV battery.

Some interesting special deliveries at Giga Texas, including 4680 modular production equipment being loaded into the 3rd floor of the battery cell structure! Busy Monday! pic.twitter.com/fpaM9cGxPl 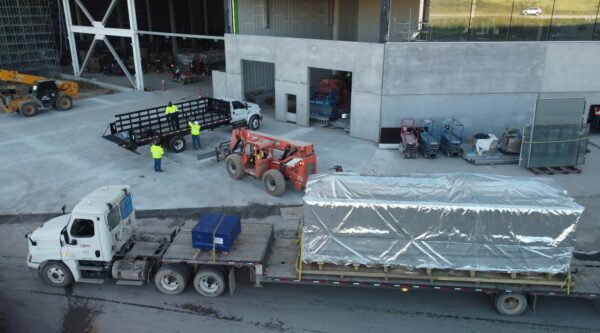 Upon being loaded, the storage container with the equipment was covered with a silver-colored coating, before being removed and loaded into the factory.

The photos, as taken by Tegtmeyer’s drone, depict the storage container being loaded into the battery cell structure via a crane and heavy-duty scaffolding. 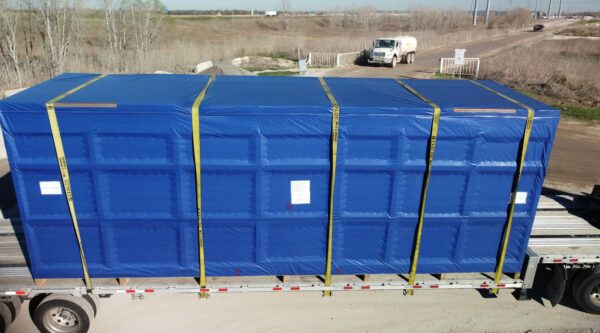 With Tesla’s Gigafactory Texas set to begin production as soon as next week, the facility is nearing substantial completion – at least as far as producing cars goes.

Still, Tesla is likely a ways off from producing its own 4680 battery cells at scale, though Gigafactory Texas is set to be the company’s U.S. headquarters for the operation.

In addition, Tesla will also receive 4680 battery cells from a variety of suppliers, including Panasonic, LG and Samsung, among others still.

Tesla is set to launch its Gigafactory in Texas and in Germany this year, building upon its record vehicle deliveries in 2021. The company will likely top 1 million cars delivered in 2022 with three Gigafactories online in Shanghai, Austin and Berlin.

The U.S. Securities and Exchange Commission (SEC) has launched a probe into Elon Musk for his role in directing the branding around Tesla’s self-driving car ambitions — reports Bloomberg. According to the publication, the efforts are part of the regulator’s ongoing investigation into Tesla’s claims surrounding its Autopilot and Full Self-Driving (FSD) features. SEC officials […]
Nehal Malik
18 hours ago