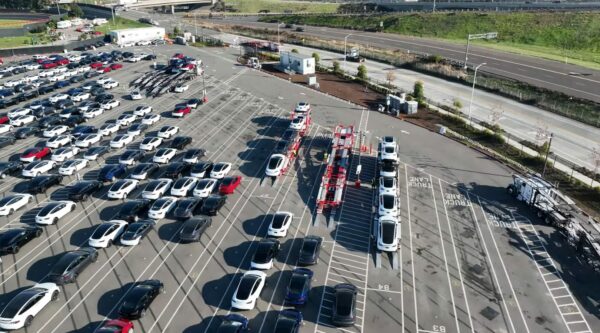 In the video, we can see mostly close-up drone shots of a number of Model Y units being unloaded into the already-packed lot.

Most of the vehicles which can be seen in the lot include Model Y and 3 units. Check out the video below by YouTube channel Chile Al100:

In May, one report claimed to have seen over 10,000 cars held up at the Fremont factory, many of which were also including Tesla Model S Refresh vehicles.

Earlier this month, Tesla officially moved its headquarters to Austin, Texas, according to a filing, with Tesla’s Gigafactory Texas nearly completed and almost ready to begin producing and delivering cars.