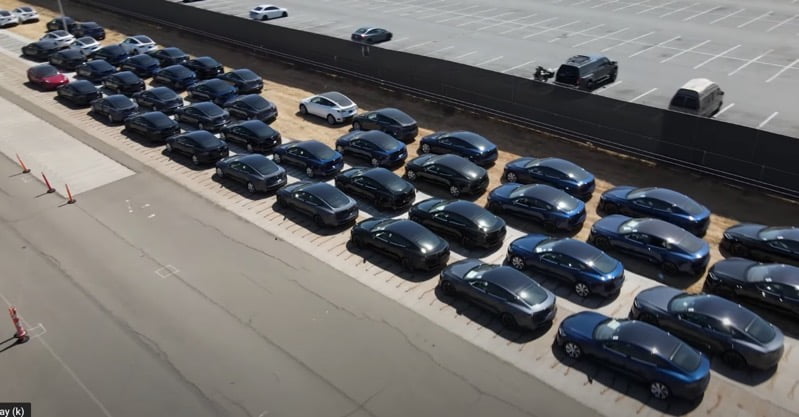 According to the latest drone flyover of Tesla’s Fremont factory in California, it appears deliveries are imminent of its Tesla Model S refresh, a huge number of vehicles were spotted and shared by Gabeincal.

Early access to Gabeincal’s video was seen by @SawyerMerritt, who says deliveries start in the first week of June.

The 14-minute video shows Tesla’s Fremont factory lot packed to the brim with vehicles, and when it comes to the Model S refresh, they are parked and scattered all over, even alongside nearby train tracks.

We also see a flyover of Tesla’s Gigapress in action, with a huge number of castings outside the area.

The full video from Gabeincal is not on his YouTube channel yet, as it was made available first to the channels’ Patreon supporters, and will be made public on Sunday.

Earlier this week, Tesla customers that ordered a Model S/X refresh before May 6 noted they are now seeing updated delivery timelines, with some seeing fall dates such as October for delivery.