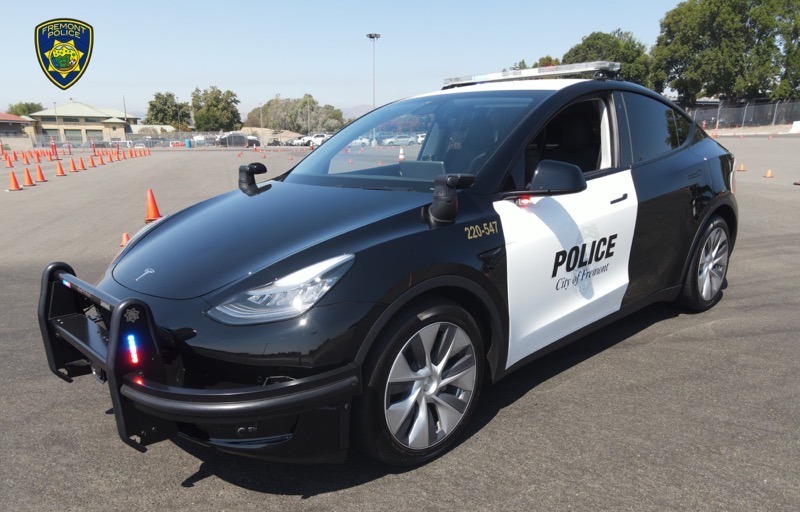 After a Tesla Model S patrol vehicle pilot proved to be a success, the Fremont Police Department (FPD) in California announced last fall it had purchased a 2020 Tesla Model Y Long Range to add to the fleet.

On Wednesday, the Fremont Police Department announced its new Model Y patrol car had been deployed, as part of the Electric Patrol Vehicle Program, which aims to transition the depart over to sustainable electric vehicles. 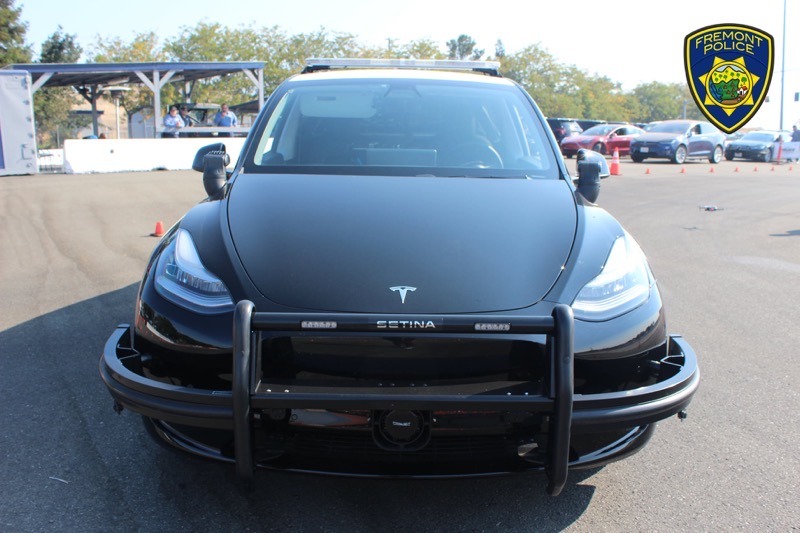 The Model Y will make one of its first public appearances on Friday, October 1, 2021, at the Fremont Street Eats Public Safety event, set from 5pm to 9pm at the Fremont Main Library. The FPD is encouraging media and the public to see the new Model Y police vehicle.

According to the FPD, a single charge allows the Tesla Model Y to last one to two patrol shifts, while gets an extra 61 miles per charge while maintaining projected costs. 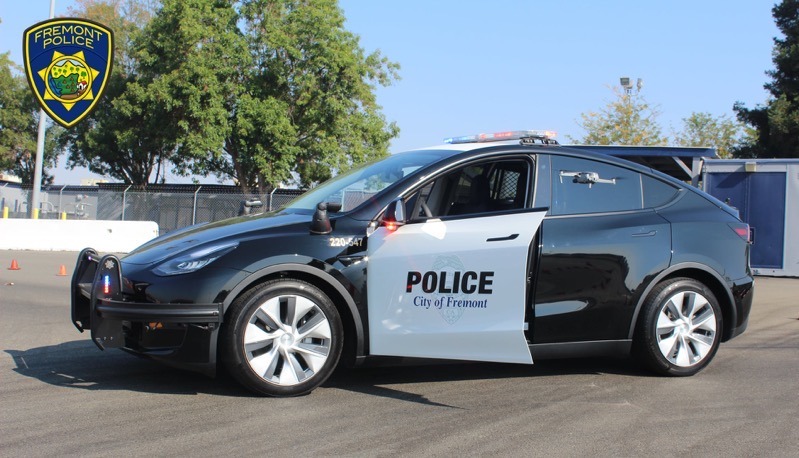 The FPD said their other Tesla purchased in 2018, a used 2014 Model S P85 patrol car, saw an average of 27 fewer days of downtime compared to a regular gas police gar. Savings were $2,147 annually in energy/fuel, maintenance and repair, while also 42,198 pounds of operational carbon dioxide emissions saved.

Next year, two Ford Mustang Mach-E EVs will be added the to fleet as unmarked vehicles for administrative assignment.