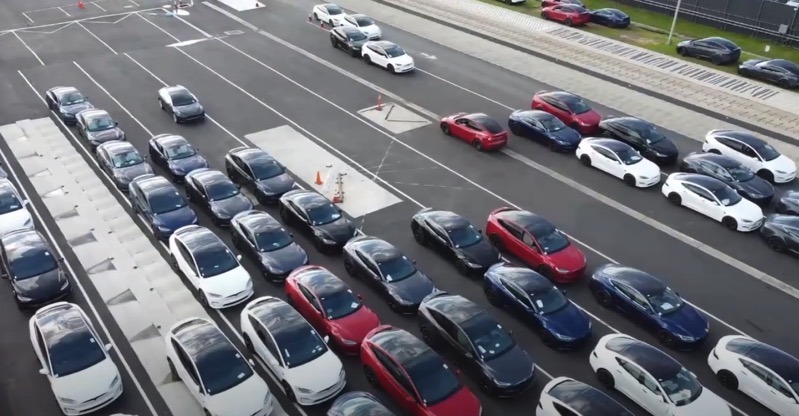 A new video from YouTube channel 在曠野遇見神 has shared a drone flyover of Tesla’s Fremont factory in California, filmed today on Tuesday, November 2, 2021 (via @SawyerMerritt).

According to the channel’s flyover, which shows the Fremont factory delivery yard, we see a stock pile of Model S and Model X vehicles. The overflow yard also shows a plethora of Model S vehicles as well. It’s unclear why there are so many of these new refresh vehicles built, but not delivered. ‘

Tesla is dealing with a semiconductor shortage, and increased pressure on its parts supply chain due to heavy demand. It’s likely a combination of many factors that are resulting in these vehicles sitting idle and not yet delivered.