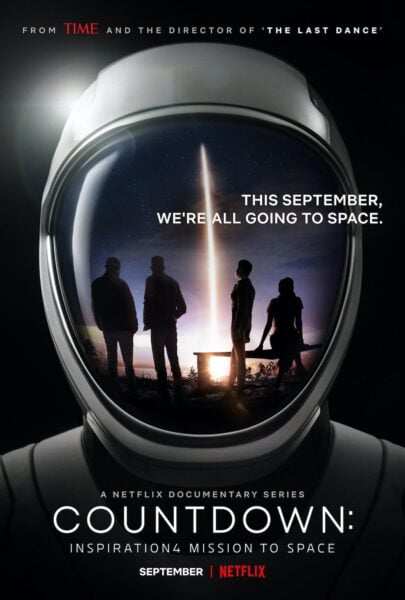 Following the release of Netflix’s Inspiration4 launch team documentary, the streaming service has now shared its final episode of the series.

Netflix has now made its fourth part in the documentary series on the Inspiration4 missions available to watch. The series came out just days before the crew’s SpaceX launch in the Dragon spacecraft with the Falcon 9 booster, and has covered the process of the crew getting ready for the launch, along with the mission itself.

During the Inspiration4 mission, the Crew, comprised of billionaire Jared Isaacman and civilian astronauts Hayley Arceneaux, Dr. Sian Proctor and Chris Sembroski, the crew performed a variety of health experiments while aboard the three-day trip in the Dragon spacecraft.

Viewers can also still watch the SpaceX Inspiration4 launch itself through NASA’s YouTube channel, though the Netflix documentary features more B-roll and interview time with crew, as well as inside looks at the team’s preparations for the mission.

Part of the goal of the Inspiration4 mission was to raise $200 million USD for St. Jude’s Children’s Research Hospital, which crew member Arceneaux was an employee of and a major proponent of after surviving pediatric cancer.