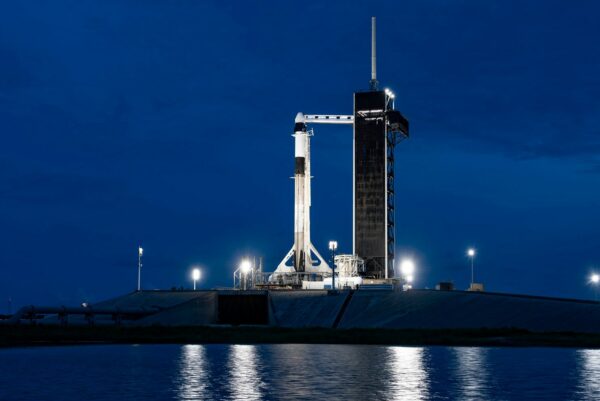 After the Inspiration4 crew completed its static fire test of Falcon 9 on Monday, SpaceX is officially set for launch today, should the weather conditions permit it.

SpaceX’s Falcon 9 booster and Dragon spacecraft are set up for today’s Inspiration4 launch, according to SpaceX’s launch website, set to take place at the Kennedy Space Center’s 39A launchpad in Cape Canaveral, Florida.

The launch will mark the first all-civilian spaceflight, and the mission will attempt to raise $200 million USD for St. Jude’s Children Research Hospital while conducting health experiments aboard the Dragon spacecraft.

After the launch, the crew will spend three days in space, conducting health experiments for SpaceX and others.

If SpaceX cannot launch the Inspiration4 crew today, it will hold tomorrow as a backup launch day.

SpaceX’s Inspiration4 Launch stream is set to go live today at 1:45 p.m. ET, while the five-hour launch window will officially begin at 8:02 p.m. ET. Netflix has also announced an Inspiration4 Mission Documentary, which already has a few episodes available.

You can watch the SpaceX Inspiration4 launch live here:

NASA and SpaceX have scheduled their Crew-5 mission to the International Space Station (ISS) to lift off from Launch Complex 39A at NASA’s Kennedy Space Center in Florida on Monday, October 3. Our next @Commercial_Crew launch to the @Space_Station is scheduled to lift off from @NASA_Kennedy no earlier than Monday, Oct. 3. Get the details […]
Nehal Malik
5 hours ago

SpaceX’s Starlink internet service is now serving schools located in the Amazon Rainforest, connecting institutes located in the region of the Amazon that falls under Brazil to the rest of the world via satellite. Company CEO Elon Musk highlighted the accomplishment on Thursday when he shared a tweet from Brazilian Minister of Communications Fábio Faria […]
Nehal Malik
22 hours ago