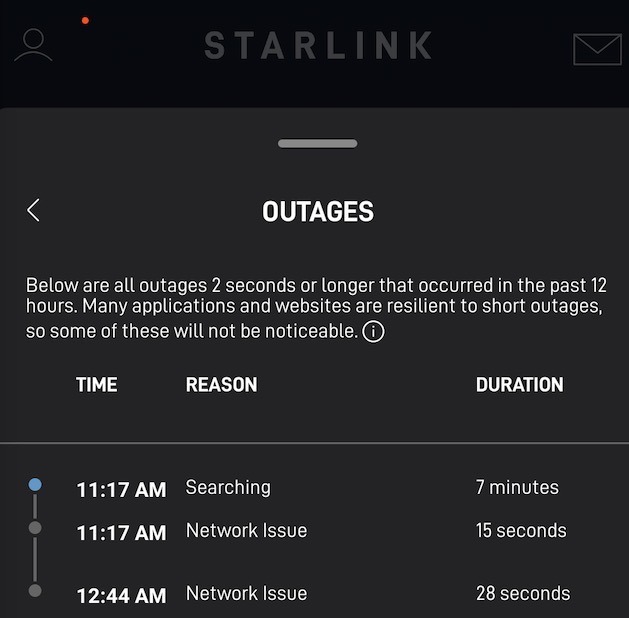 SpaceX’s Starlink satellite internet suffered a short widespread outage this morning, affecting customers in Canada, the United States, Europe and beyond, including Australia and New Zealand.

According to numerous reports on Reddit, Starlink customers shared they saw outages for about 25 minutes to an hour, where their satellite dishes were unable to connect, only to show the message “searching” and then finally seeing a “network issue” status.

While a 20-minute internet outage is nothing to get upset about, early customers of the beta internet service joked they were able to survive the downtime. For those that needed internet for work or school, the outage was a small inconvenience.

As it stands, Starlink internet is back up and running, with some noting there have been intermittent issues over the past 12 hours or so.

Did your Starlink internet go down today?

SpaceX has launched Starshield, a new, secured satellite service geared toward government entities and national security applications. It sounds kind of like Starlink, but for the government instead of regular consumers and capable of more than just providing an internet connection. “Starshield leverages SpaceX’s Starlink technology and launch capability to support national security efforts. While Starlink […]
Nehal Malik
15 hours ago