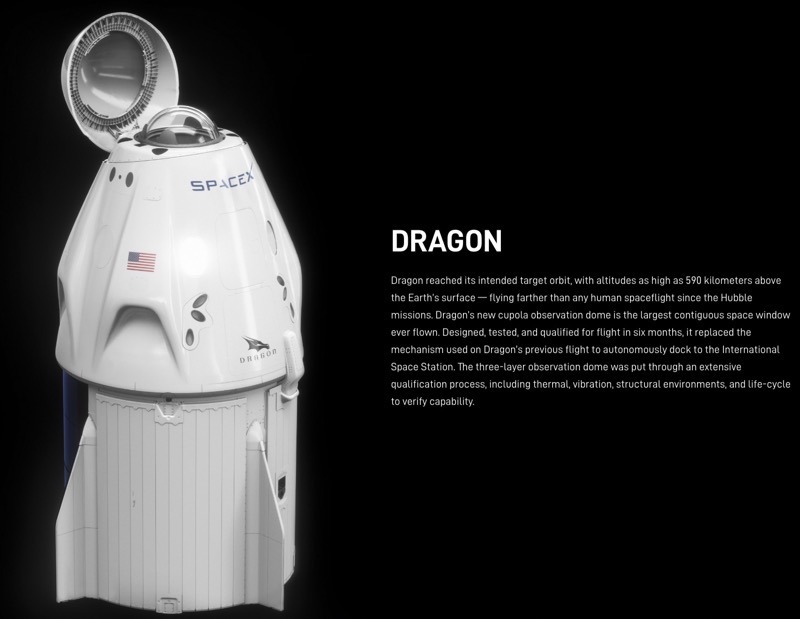 SpaceX Dragon and the Inspiration4 crew is returning to Earth and has just successfully deployed its four main parachutes!

“After three days on-orbit, Dragon and the Inspiration4 crew – the world’s first all-civilian mission to orbit – will return to Earth on September 18, splashing down at approximately 7:06 p.m. EDT in the Atlantic Ocean off the coast of Florida.”

Check out the live video in progress below:

There were two goals of this mission, which saw the first all-civilian crew sent into space. The first was to raise $200 million for St. Jude Children’s Research Hospital, while the second goal was to complete scientific research “designed to advance human health on Earth and during future long-duration spaceflights.”

The journey home for @inspiration4x pic.twitter.com/tpnf9awXes

As for the Dragon splash down timeline, check out the approximate times below in Eastern Daylight Time for Saturday, September 18:

After rescheduling from a launch window previously held for Monday, SpaceX is planning two potential launch windows for this week. SpaceX is preparing for its NASA Crew-5 Mission to the International Space Station (ISS) with a launch window set for Wednesday, October 5, as detailed on the company’s website and in a video that will […]
Peter McGuthrie
15 hours ago