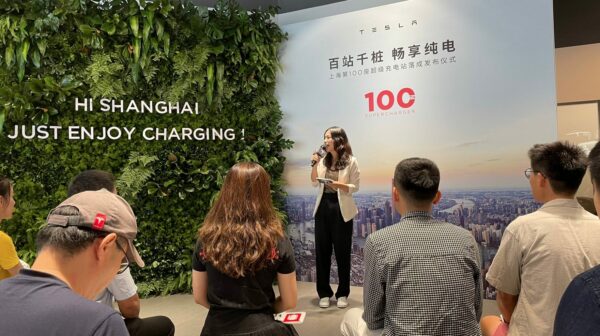 As Tesla continues to expand its presence around the world, electric vehicle (EV) charging remains a major barrier to mainstream adoption – though Tesla’s swift growth of its charging network seems like it’s trying to change that.

Tesla’s move to expand the Shanghai charging network so significantly shows the company’s reliance on the city, which happens to fall in the country considered the world’s largest auto market.

Today is an historic moment for Tesla!
Tesla is the world’s first automaker to build 100 fast charging stations in one city. “Accelerate the world’s transition to sustainable energy.”

The milestone comes several months after Tesla established its Supercharger factory in Shanghai earlier this year, which it says will be capable of producing up to 10,000 Supercharger stalls per year. It also comes just days after Tesla’s newly-sold Model Y units were flooding Departments of Motor Vehicles (DMVs) across China, including in Shanghai.

As of August, Tesla surpassed 7,000 Supercharger stalls across China, with the world’s first solar-powered Supercharger station also being built by Tesla in China. One Tesla employee said earlier this year that all of Tesla’s Supercharger stations would be powered by renewable energy in 2021, though it’s not clear if the company is still on track to meet that goal or not.