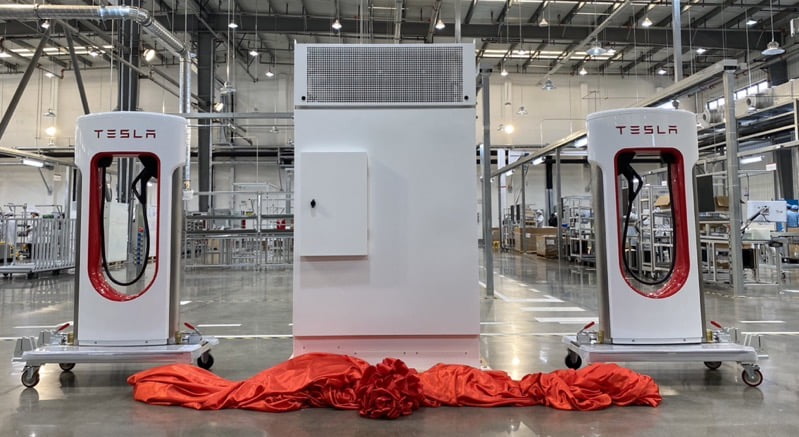 On Wednesday, Tesla unveiled its Shanghai Supercharger factory in China, which is now open and producing V3 Superchargers for the company (via @42how_).

The Tesla factory located about 6 kilometers (3.72 miles) east of Gigafactory Shanghai will produce V3 Superchargers, with an expected capacity of 10,000 stalls per year. From the images shared, you can see V3 Superchargers are already rolling off the assembly line.

V3 Superchargers allow Tesla owners to charge their vehicles at rates of up to 250 kW, allowing for faster recharging times versus older V2 Superchargers.

Last November, it was discovered Tesla had plans to build a dedicated V3 Supercharger factory in Shanghai, according to filings, with an investment of 42 million yuan ($6.4 million USD).

Earlier this week, Tesla announced it had reached a milestone of 730 Supercharger sites in China, with over 5,800 stalls now available. With the company seeing heavy demand for its Model Y compact crossover SUV in China, the more Superchargers the better, as it will help meet charging constraints in the country.