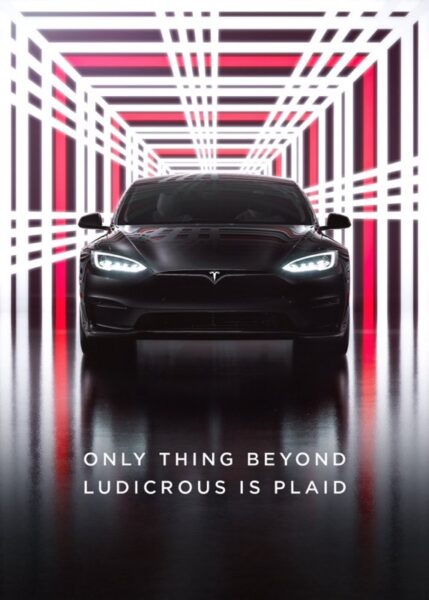 There’s no doubt that the Tesla Model S Plaid is fast, as seen in a number of acceleration videos shared on the internet in recent weeks, but a new update has the electric sedan listed as the fastest production car by acceleration.

The Tesla Model S Plaid is now on Wikipedia’s list of the fastest production cars by acceleration, topping the 0 to 60 acceleration list with its independently-captured time of 1.98 seconds – and besting both the Porsche 918 Spyder and 911 Turbo S (via Alternate Jones).

The Tesla model S Plaid is now officially listed on Wikipedia as the quickest car ever made to do 0 to 60 in 1.98 secs! pic.twitter.com/xXpEI7Z0F7

The independent test posting a 1.98-second 0 to 60 came from Motortrend, and while the publication was forced to jump through some of Tesla’s hoops to achieve the time, the Model S Plaid also landed a 2.07-second 0 to 60 when testing on normal asphalt – still beating Porsche’s two next-best 0 to 60 times.

A senior Analyst at Oppenheimer also called Tesla Model S Plaid an “impressive feat” earlier this week, praising the car for its innovative technology and its incredible speeds.

Tesla’s Model S Plaid also features a starting price of $129,900 in the U.S., and it includes auto-shifting, with eventual updates that offer an automatically-shifting touchscreen, as well as a small lineup of video games for the system, powered by AMD hardware also found in the PlayStation 5.