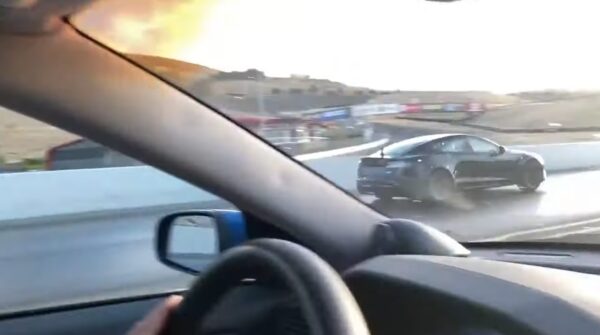 After posting impressive speeds with its first independent road test, the Tesla Model S Plaid is also making waves with the average user, as shown in a new video of the electric sedan.

A video shared by Emmet Peppers on Wednesday shows the power of a Tesla Model S Plaid in a 1/4-mile drag race, with Emmet’s Volvo V70R getting smoked, even with a 4-5 second head start.

My buddies I raced against last videotaped it, they got a 4-5 second head start pic.twitter.com/zOLb16Z4Um

According to the video’s description, the Model S Plaid was later kicked off the course for being too fast without bearing a drag license, despite it having used brakes both times – a testament in and of itself to the speed of Tesla’s newest car.

Tesla’s Model S Plaid was also called the “fastest car in the world” by a vetran auto journalist on Wednesday, and with a starting price of $129,990 (USD), the electric vehicle (EV) is still cheaper than most fast cars out there.

Some have criticized Tesla’s communication tactics for the Model S Plaid, saying that their claims about the vehicle’s speed and other features were “extremely dishonest.” In any case, however, the EV is posting insane numbers for an electric car – even if Tesla is pushing them out with details like “includes a foot of rollout” in the fine print.