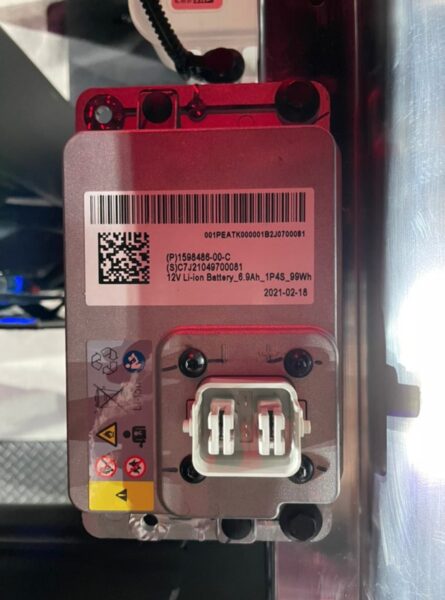 In addition to the new battery, the Model S Plaid also debuted Tesla’s new adaptive front lighting system (AFS), as well as touch steering yoke controls, automatic shifting, a tilting touchscreen, and really fast acceleration with a “Going to Plaid” animation shown in the Roadster, among other new features.

Tesla also unveiled its first gaming controller and a Tesla copy of Cyberpunk 2077 after the event, following up on ambitions to eventually produce a video game of its own out of its Austin offices, which will be able to be played exclusively in Tesla cars – hopefully running as well as Cyberpunk currently does.