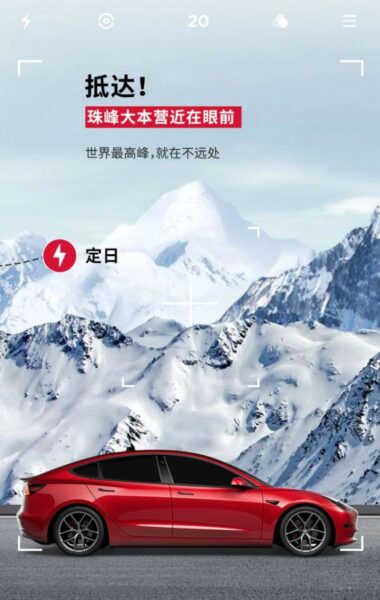 As of Wednesday, Tesla has completed 11 new Supercharger stations in China, leading from the route starting at either Chengdu or Xi’an, all the way up to the base camp foothills at Mount Everest, according to @Ray4Tesla.

GREAT NEWS: Chinese Tesla owners are now able to supercharge at 11 newly-completed Supercharger Stations on the route from Chengdu or Xi’an all the way to the base camp at Mt. Everest. Unrestricted road trip to the foothills of the world’s highest mountain!!! pic.twitter.com/ZGFZ8a8rOL

The route to the base camp at Mount Everest would probably be best suited for Tesla’s upcoming Cybertruck.

Tesla’s Shanghai V3 Supercharger Factory, completed in February, is expected to produce around 10,000 Superchargers per year. In March, Tesla had already surpassed 760 Superchargers in China, with a total of more than 6,000 stalls.

In the same month, sales of Tesla’s Model 3 and Model Y units both increased drastically, with 25,327 and 10,151 units registered in China, respectively, following behind the super-affordable, Wuling HongGuang Mini EV, which sold a total of 39,745 units within the month. At less than a quarter of the cost of either the Model 3 or Y, the Mini EV has dominated China’s market since its release, offering a compact, light-duty electric vehicle (EV) designed specifically for that market.

Throughout the first quarter, Model 3/Y sales rose above 69,000 in China, with an increase of up to 94% month-to-month from February to March – going along with a classic Tesla move towards extra production pushes nearing the end of each quarter.

Tesla’s 10Q Filing Reveals its Bitcoin Gains Have Been Astounding