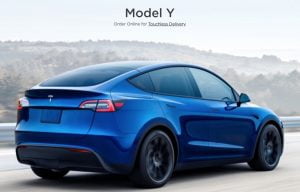 The Tesla Model Y has remained the default electric vehicle (EV) SUV in China, even after Model Y units received a price increase, as shown by new data from China’s vehicle registrations.

According to data from the China Passenger Car Association (CPCA), Tesla sold 16,422 Model Y units in the Chinese auto market in this year’s first quarter, with 10,151 of those sold in March alone (via @42how_ ).

The Wuling HongGuang Mini EV stayed at the market’s top-seller list with 29,413 in March and a whopping 72,498 in the first quarter.

According to the data from China Passenger Car Association, 10,151 #Tesla #ModelY were sold in the Chinese market in March; altogether 16,422 units from January to March. $TSLA pic.twitter.com/Y7ckIbIZN1

It seems the whole auto market in China saw an upward trend in this year’s sales, with Tesla’s sales having surged 94% in March from February – signifying that, across the board, consumers are buying more and more EVs, with Tesla leading the charge.

In a recently published YouTube video, Brad Sloan gives us a high-fidelity aerial tour of Tesla’s Gigafactory in Austin, Texas, on the morning of Friday, November 25. While most of the workers had the day off for Thanksgiving, some contractors can still be spotted on the site. A fair amount of ready-to-deliver Model Y units […]
Nehal Malik
6 mins ago