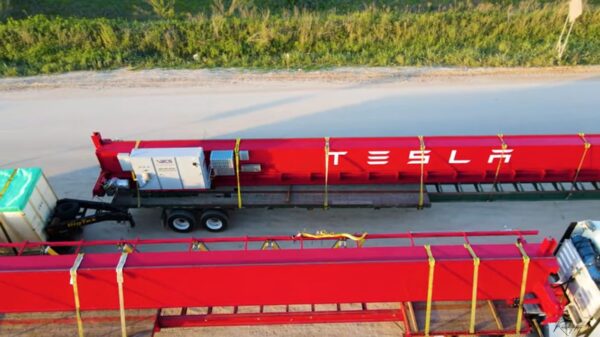 Tesla’s Gigafactory Austin is well on its way to completion, and upon finishing the factory this summer, the plant will begin producing the long-awaited Tesla Cybertruck.

On Monday, Bryan Roschetzky shared a video of current progress on Tesla’s Gigafactory Austin, with specific shots of the company’s second bridge crane arriving and ending up on the site’s stamping area.

The video came in anticipation of Tesla’s earnings call Monday, in which the company announced record-breaking net income of $438 million, along with a total of $10.39 billion in revenue.

Last month, reports rumored that Tesla would begin Cybertruck production in June, and with the Texas Gigafactory nearing completion, it seems like those estimates may be right on track. Tesla also shared plans to hire as many as 10,000 people for Gigafactory Austin by 2022.

To make the Cybertruck, Tesla will use an 8,000-ton Giga Press at Gigafactory Austin, not unlike the Giga Presses at the company’s Fremont and Shanghai factories.

You can watch Bryan’s full video of Gigafactory Texas and its new bridge cranes arriving below, along with a bonus look at predictions about the company’s earnings call on Monday.