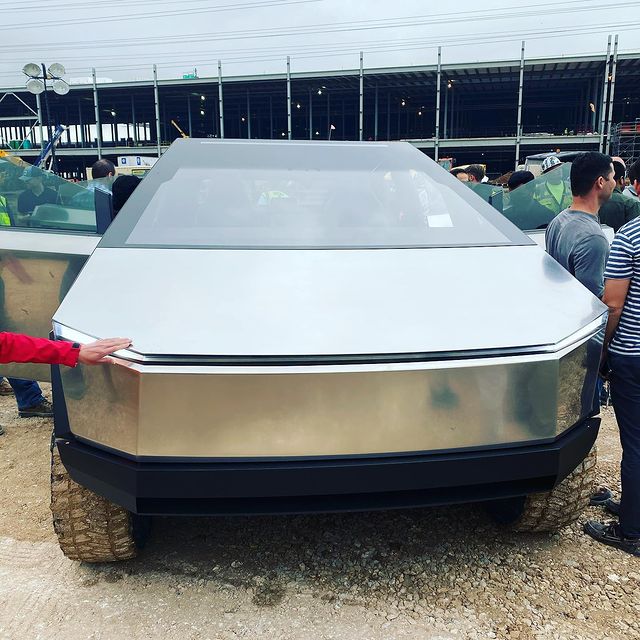 On Thursday, Tesla CEO Elon Musk drove a Cybertruck prototype around the company’s upcoming Gigafactory in Austin, Texas, and spoke to employees at the site.

The visit by Musk resulted in numerous images of the Cybertruck prototype showing up on the web, along with a Model S refresh as well.

Now, we have some more images of the Cybertruck worth sharing, take by mrbrownsince82 on Instagram, an apparent Tesla employee at Gigafactory Austin.

We can see the tires of the Cybertruck and the wheels below, showing up it eats up the dirt on the site: 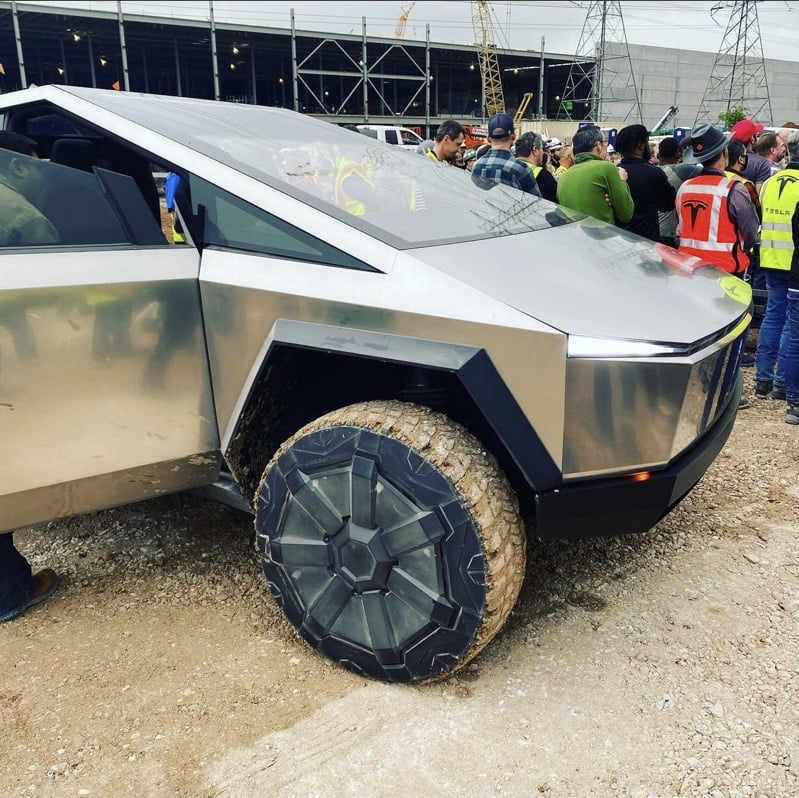 Here’s a shot of the interior with the yoke steering wheel and center display: 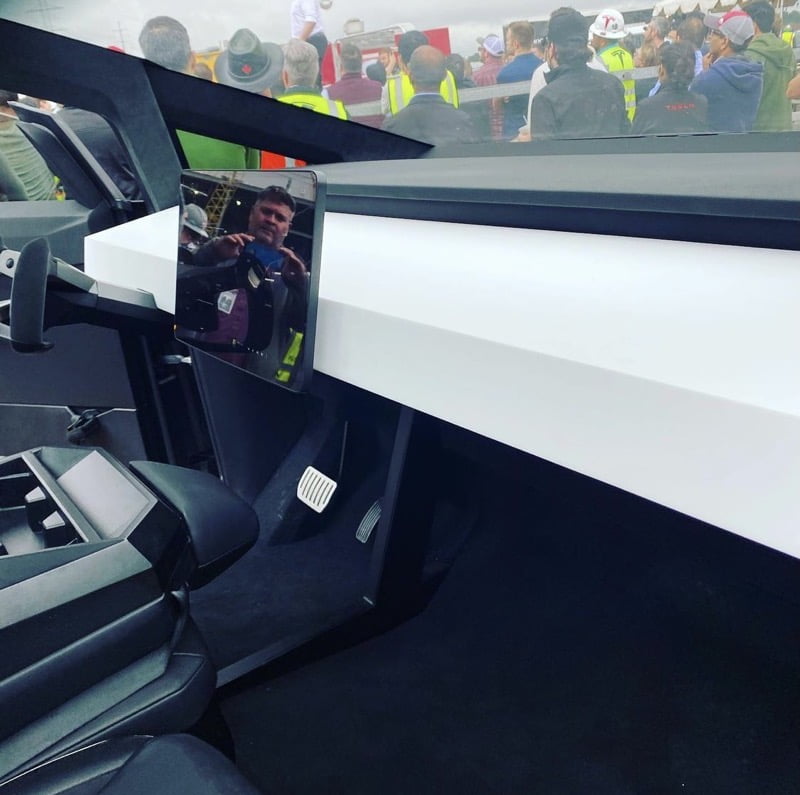 …a better shot of the passenger seat and front of the Cybertruck, which looks very roomy inside: 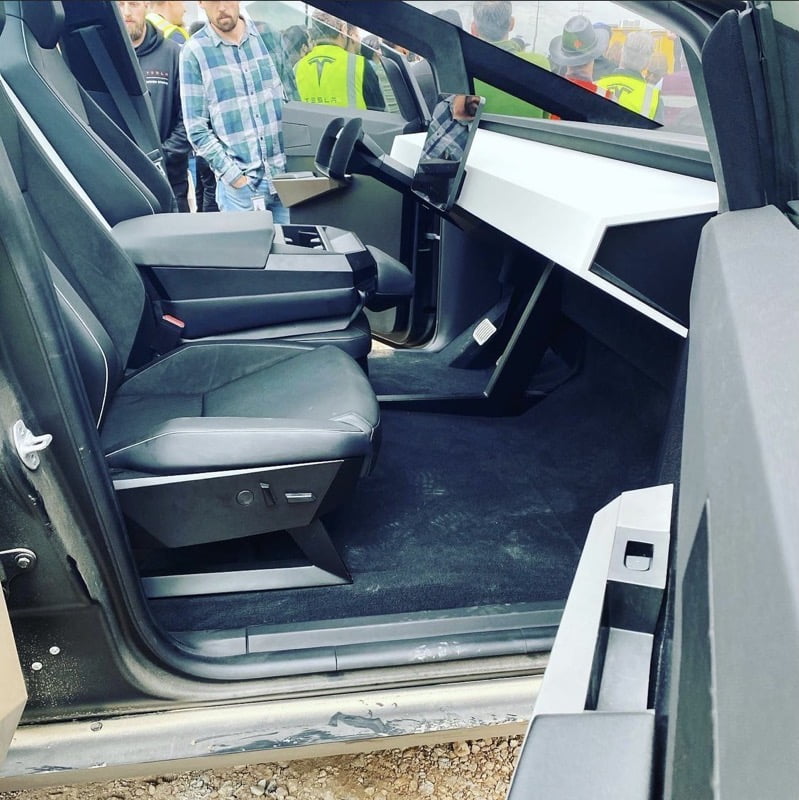 This is a great shot of the pick up area of Cybertruck. Stainless steel just looks so badass: 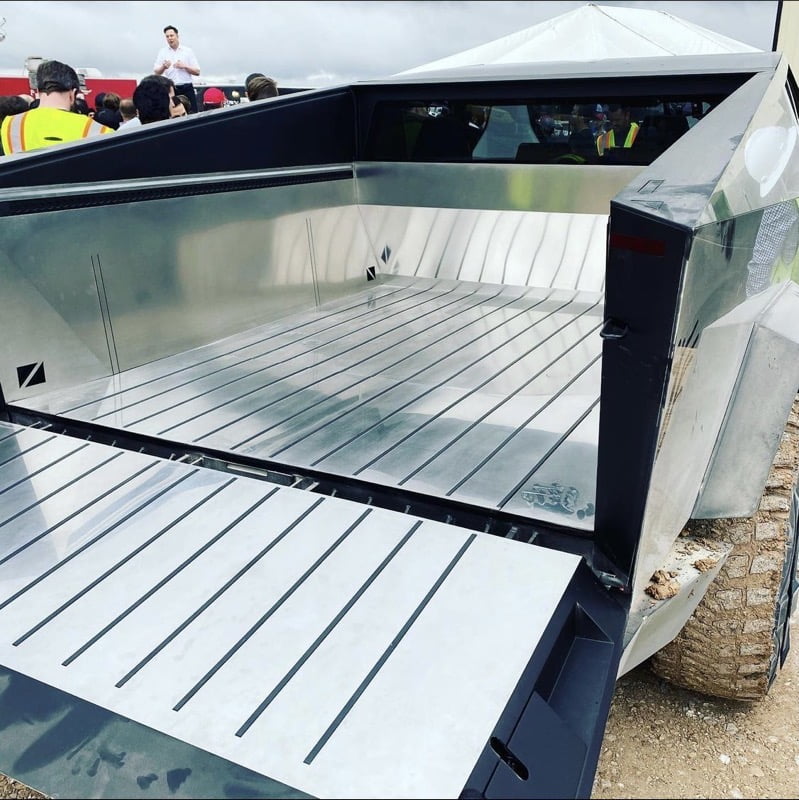 “The first prototype Cybertruck and Elon Musk spoke to some of us and talked about the future of Tesla. Release dates and what we will be doing here,” said mrbrownsince82 on Thursday.

Tesla is expected to start production of its Cybertruck later in 2021, when Gigafactory Austin is set to be completed. Musk also noted yesterday limited production of Model Y will also take place at Giga Texas and Berlin this year, with “high volume” set for 2022.

Tesla CEO Elon Musk said on Saturday that the company has successfully completed its first 500-mile test drive of a Semi truck with a full load. With its haul, Musk noted that the vehicle weighed in at a whopping 81,000 lbs (or 40.5 tons). Tesla team just completed a 500 mile drive with a Tesla […]
Nehal Malik
17 hours ago