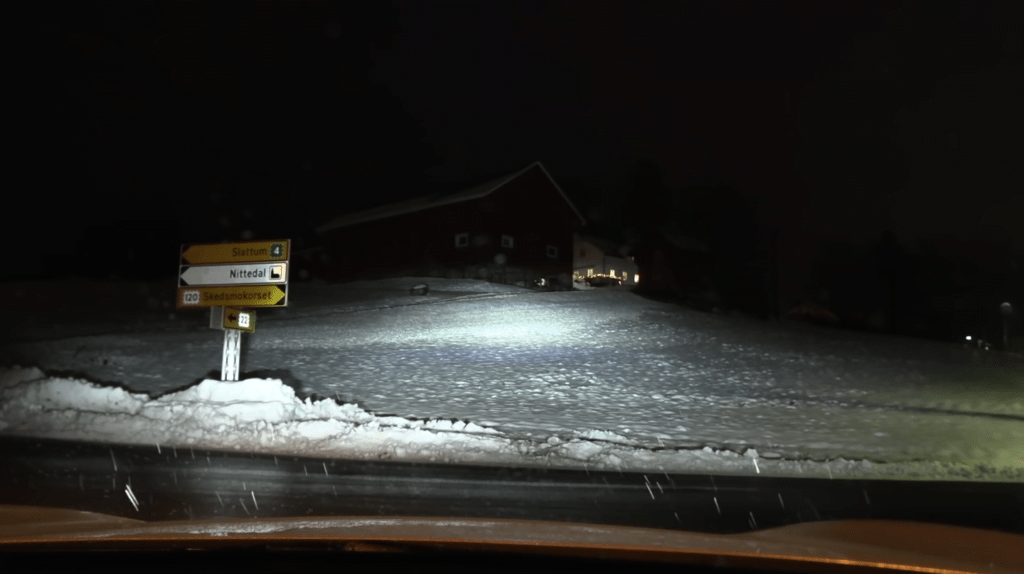 The new headlights are available on new Model 3 variants, with most built after November seeing the new versions. Compared to its predecessor, the 2021 Model 3 Performance also has a slightly larger, 82 kWh battery to boot.

Upon driving the Model 3 Performance through long stretches of road with no street lights and even a forest, Nyland was thoroughly impressed with the significant leap Tesla has made in headlamp technology.

“I’ve never seen anything like this in a Tesla before,” said the YouTuber.

Comparing the 2021 Model 3 Performance to the 2020 Model 3 variants, Nyland noted that the 2021 model’s headlights are simply streets ahead. His 2020 Model 3’s headlamp array is simply “not that wide, and it’s not that strong — like this one.”

The headlights on the 2021 Model 3 Performance are noticeably more squared with distinct edges, helping them achieve way better spread, even on low beam.

While Tesla has definitively outclassed other EV manufacturers in many areas, headlights have historically been one of the areas it needed to improve in. Tesla has gone and outdone itself with the headlights on the new 2021 Model 3, managing to bring them on par with German and Swedish offerings like the Polestar 2, ID.3, and Audi e-tron, says Nyland.

What’s more, many suspect these might be a matrix LED headlight system, that has yet to be software unlocked. This would bring an adaptive driving beam (ADB) system with controllable lights based on driving scenarios.

Tesla on Saturday filed for a voluntary recall of more than 321,000 Model 3 and Model Y electric vehicles (EVs) with the U.S. National Highway Traffic Safety Administration (NHTSA) for a potential glitch with taillights that could cause them to not light up properly — reports Fox Business. On Friday, the all-electric automaker also issued […]
Nehal Malik
1 day ago

Tesla has cut its delivery times in China, with its Model 3 and Y units now delivering in as little as one week, according to a report from CnEVPost. All of its trim options for both the automaker’s entry-level sedan and SUV now have delivery estimates ranging from one to five weeks, as spotted on […]
Peter McGuthrie
6 days ago