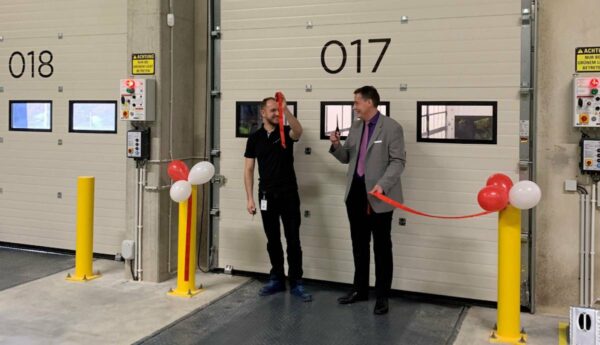 Tesla has opened a new parts distribution center in Giengen, Germany this week, according to a press release shared on Friday, reports TeslaMag (via @Berlinergy).

An opening ceremony for the parts and distribution center was held on January 12, with the center set to employ 18 people to start before ramping up hiring, according to Site Manager Marcin Prusak.

“By the end of 2023 we want to have around 100 employees here, and by the end of 2024 around 200. The motto is: grow slowly and sustainably,” said Prusak. “We are gradually filling the capacity of the warehouse, depending on the growth of the delivery area, the network and our local team.”

The center is roughly located between Münich and Stuttgart, and the staff is made up of an international team hailing from Germany, Italy, Iran and other countries still.

Tesla’s Gigafactory in Grünheide, Germany opened just last year, and the plant is still working to ramp up production of the Model Y SUV, which reached a weekly production output of 3,000 units just last month.

In recent weeks, Tesla’s Giga Berlin plant has had parking lots overflowing with Model Y units set to be delivered.