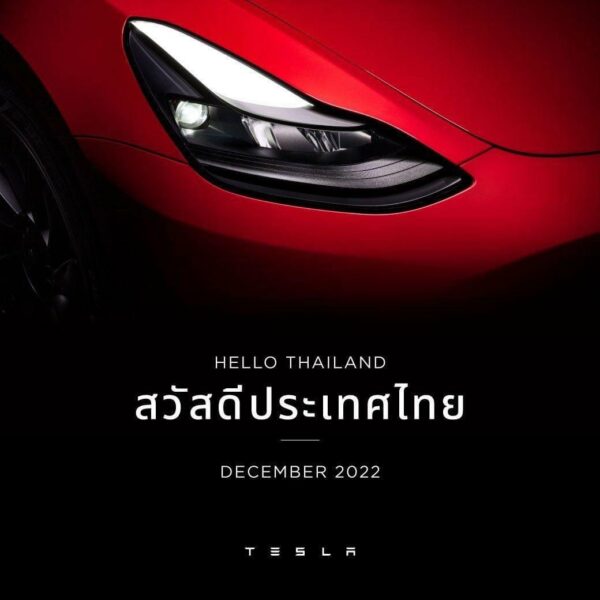 After Tesla stepping up its hiring efforts in Thailand earlier this year caused some to expect an upcoming launch in the country, the automaker has officially announced plans to start selling cars there.

In a post on LinkedIn, Tesla shared a photo with text in Thai translating to “Hello Thailand,” and saying “See you December 2022,” indicating that the U.S. automaker will be launching in the country next month (via @Daren Yoong).

The news comes after months of speculation about a launch in Thailand, after the automaker had a wave of open positions located in the country, and after the company became eligible to sell cars in the country earlier this year.

Filings from earlier this year showed Tesla’s plans to expand into Thailand, and the U.S. automaker officially registered its business in the country on April 25 as shown in the filings.

Tesla supplier Foxconn is also building an electric vehicle (EV) factory in Thailand, in addition to one the manufacturer plans to build in the U.S.

The news also came just weeks after Tesla canceled expansion plans into India, after the government there denied lowering import taxes on vehicles for the U.S.-based company and requested the company build cars in the country instead.

Tesla’s recent 2022.44 software update from last week added the option to select Thai as a language preference, signalling a launch in the nation is imminent.