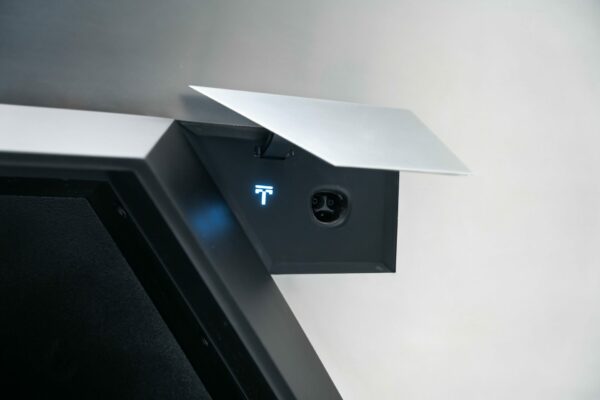 With a new Tesla exhibit coming to the Petersen Automotive Museum in Los Angeles, California, a new photo was shared showing the Cybertruck’s charge port area.

What we’re seeing for the first time is the Cybertruck-themed charge port Tesla logo, instead of the company’s standard logo. The image was shared on the Petersen Museum’s Cybertruck page (via @Ryan McCaffrey).

While it isn’t clear whether the detail is set to make it to production, the Cybertruck design was finalized earlier this year according to CEO Elon Musk.

The charge port area looks like there’s enough room to support the CCS charging spec, but it’s unclear if and when the futuristic will ever make it to markets outside North America, ahead of first deliveries in mid-2023.

Based on newer prototypes of the Cybertruck, the image above looks to be an old one. Newer Cybertruck prototypes have been spotted with the charging port built into the wheel well, as seen below (image credit: unknown): 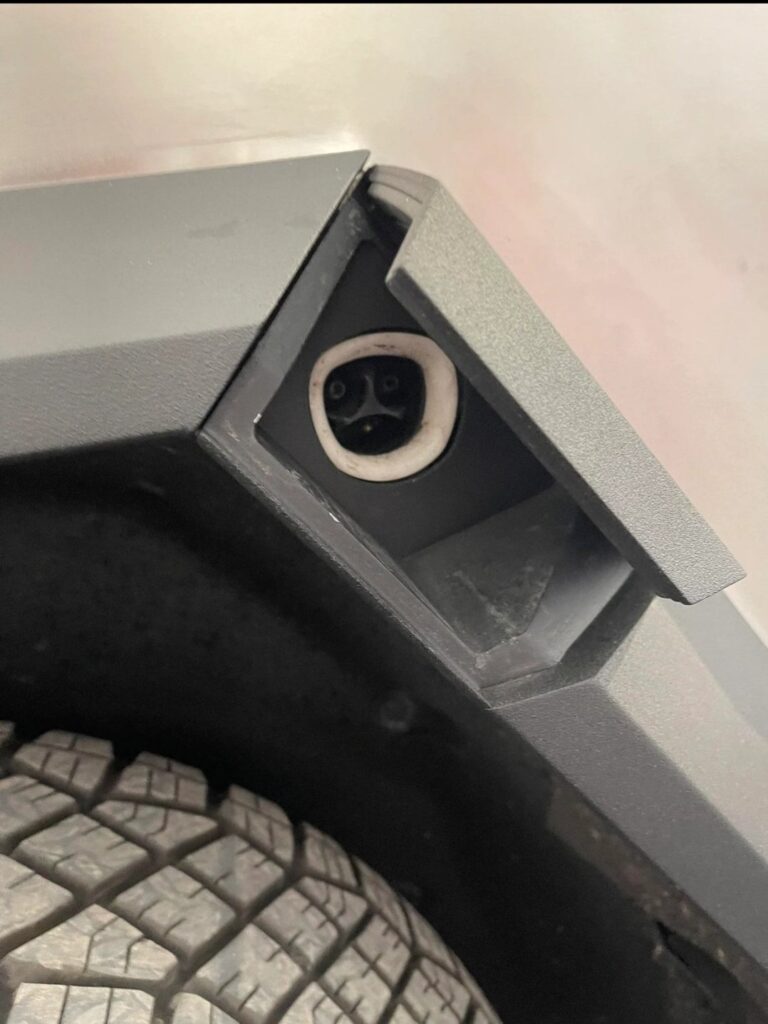 The news comes after reports held this week that Tesla’s mass production of the Cybertruck could actually begin earlier than planned, potentially even beginning as soon as the end of 2023.

Currently, the Cybertruck is in its tooling stage meaning that Tesla is outfitting the various tools and assembly parts to the specs needed to build the futuristic electric truck. Additionally, the Italian company that makes Tesla’s casting machines shared a picture of the Giga Press for the Cybertruck all packed up and ready to be shipped.

Cybertruck prototypes were spotted at Tesla’s Giga Texas just three weeks ago and first deliveries of the production version of the vehicle are expected to take place in mid-2023.