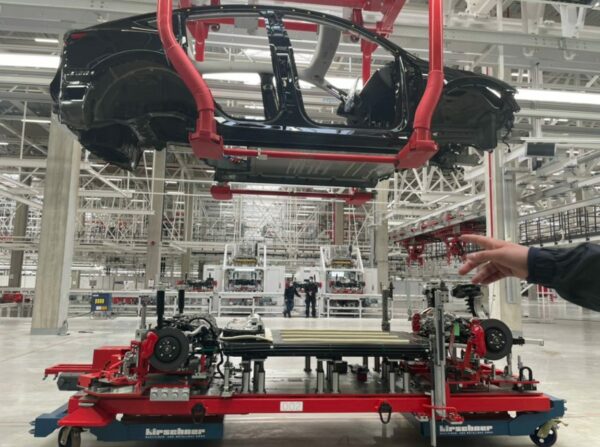 Tesla may have just signed a deal with BYD, a Chinese manufacturer of electric vehicles (EVs) and the batteries that power them, to supply the company’s Gigafactory in Shanghai with enough lithium iron phosphate (LFP) ‘Blade’ batteries to produce 204,000 cars per year — reports CnEVPost.

In a post on the Chinese investment community Xueqiu, longtime BYD follower @雪域新峰 said Tesla has officially placed orders with BYD’s battery-making arm, FinDreams Battery. The post was taken down by the user within hours.

The original post said Tesla has requisitioned C112F batteries from the company. According to the information, Tesla’s orders are set to go into mass production in March, with the first Giga Shanghai-made Tesla EVs powered by BYD’s Blade batteries slated to hit the Chinese market sometime in the second quarter.

There have been rumours of Tesla switching a portion of Giga Shanghai’s production over to BYD’s Blade batteries sometime in 2022 since August of last year. Back in October, reports surfaced claiming Tesla and BYD were nearing a deal for the latter’s LFP batteries.

Following the most recent expansion at Tesla’s Shanghai Gigafactory, the facility is reportedly capable of achieving a peak production capacity of over one million units per year.

The Standard Range trims of the Model 3 and Model Y currently being produced at Giga Shanghai use LFP batteries from CATL, another Chinese battery maker.

CATL recently opened up a new production facility a few blocks from Giga Shanghai and is directly supplying Tesla’s plant with EV batteries from the site. Late last year, Tesla reportedly signed a deal with CATL to supply enough EV batteries for 800,000 cars in 2022.

Tesla in October announced it will be transitioning the Standard Range Model 3/Y to LFP batteries globally. BYD already has another battery plant in the U.S., so we could see a lot more Tesla EVs with BYD batteries under the cabin floor if things go well in China.

Tesla isn’t the only electric carmaker interested in Blade batteries. Fellow Chinese EV maker NIO has also been in talks with BYD, seeking EV batteries for an upcoming sub-brand.