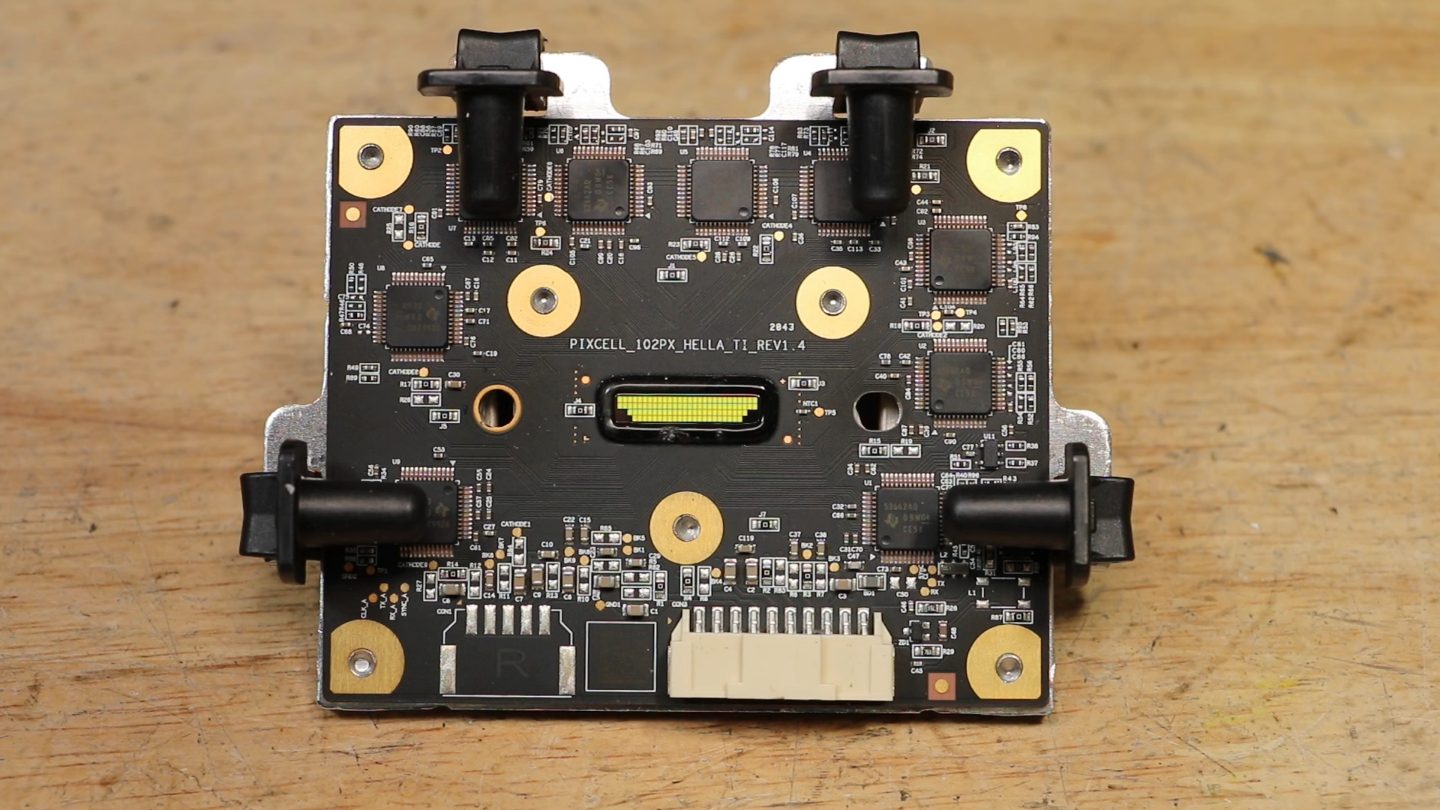 The new headlamps not only allow for a more powerful headlight with better low-light visibility but the matrix LEDs inside can even be programmed to project light in certain shapes or even form entire words. We first saw a preview of this at the Giga Berlin County Fair.

That is how the new Light Show feature baked into Tesla’s 2021 holiday software update projects the Tesla logo on some newer cars.

Towards the end of the video, the YouTuber gets around to stripping down the LED projector and finds that it is powered by Samsung’s ‘PixCell’ matrix LEDs.

We can even see a Tesla Model 3 in the PixCell LED promo video above.

According to Samsung, the benefits of the PixCell LED stretch far beyond efficiency and include higher luminance, better nighttime and poor-weather performance, and reduced glare for drivers. And oh, the pixels can be programmed to individually turn on/off to create specific patterns and words.

It’s unclear if Tesla will offer a retrofit for older Model 3 and Model Y vehicles that do not have the new matrix LED headlights. But eventually, we expect the Long Range Model Y to gain the new headlight unit just like the Performance and the entire Model 3 lineup.