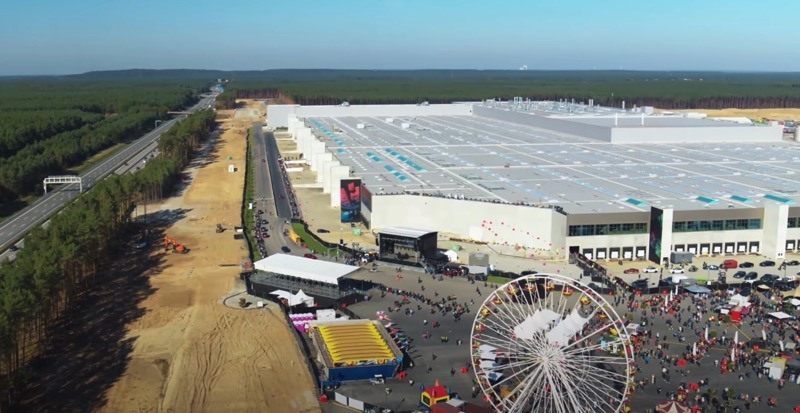 Tesla held its County Fair at its new Gigafactory in Berlin-Brandenburg, and earlier after the event, the company shared video highlights of the event in 4K on YouTube.

We can see a Ferris wheel on site for its up to 9,000 visitors, tours of inside the factory watching robots make Tesla vehicles, the Giga Press machines in action, tours and rides of the Tesla Model Y, plus a dance party as well.

Visitors also saw a preview of the Model Y with Tesla’s upcoming 4680 structural battery pack, adaptive headlights on display, a preview of a possible new colour (deep crimson), and more.

While Tesla said it was limiting visitors to residents only, numerous others from outside Berlin were able to attend, as some Tesla clubs received tickets, while other YouTubers were also on site.

Giga Berlin is set to start production of the Model Y for Europe, slated to begin by year’s end.