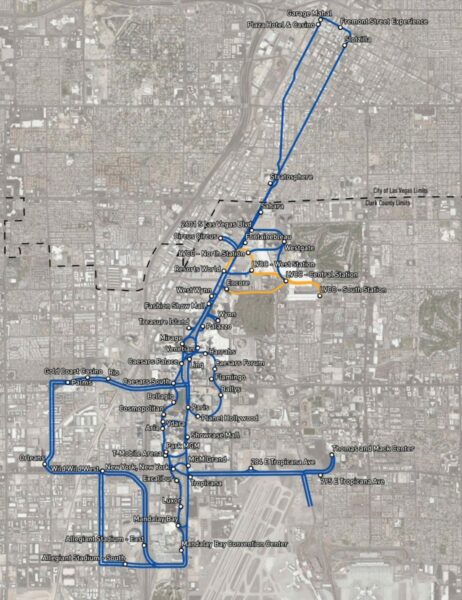 The first leg of the Boring Company’s Las Vegas Loop is already operating, though the company has plans to expand the underground tunnel system throughout much of the city.

@Clark County, Nevada officially approved the Boring Company’s Las Vegas Loop on Wednesday with a unanimous vote, with the upcoming route set to include the entire, previously-proposed loop to go under the Las Vegas Strip (via @Boring Company).

While the loop is currently only operational beneath the Las Vegas Convention Center, the eventual update will run the course of 29 miles, with a total of 51 stations throughout the Las Vegas metropolitan area.

Vegas Loop is expanding – 29 miles and 51 stations!
Thanks to the Clark County team for the great partnership and to the Commissioners for unanimous approval. https://t.co/KrfF5SUsxq

The Boring Company’s plans for the Las Vegas Loop route go all the way back to last year, though the convention center leg of the loop only became operational earlier this year.

In July, a Boring Company proposal was also accepted in Fort Lauderdale, Florida, set to direct passengers from the city’s downtown area to the beach and dubbed the “Las Olas Loop.”