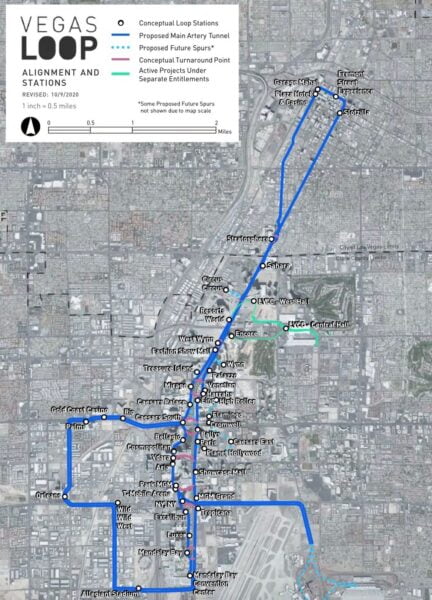 Following a successful round of passenger tests, The Boring Company’s first operational tunnel has gone live in Las Vegas.

Last month, Las Vegas Convention and Visitors Authority (LCVCA) CEO Steve Hill said the company’s testing had exceeded 4,400 passengers per hour on a single day, signifying just how many passengers may be able to use the service now that it’s live.

While the testing parameters did allow passengers to be carted around quickly and autonomously in the loop’s Tesla Model 3s, public operation of the loop will still require drivers to be behind the wheel, with a max speed of 35 mph.

Along with stations at the Convention Center and later the Vegas strip, The Boring Company also has a number of other stations and loops planned, including one which will stop at the Raiders stadium.